WHERE ARE THEY NOW: GENE HACKMAN 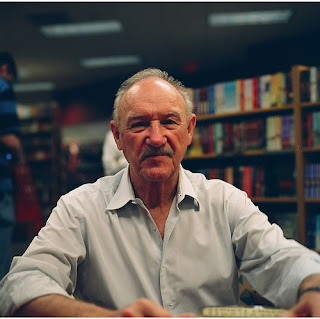 Gene Hackman was and is one of the greatest actors this generation has seen. However, since 2004 he has not made a film - his last film was the dreadful Welcome To Mooseport with Ray Romano. What is this legendary actor doing now? Will he ever return to movie making?

Gene Hackman has quit the movies. That's not a stop-the-presses scoop. At this point, it's hardly news at all, though it's probably news to you. Two years ago, he went on a book tour to promote Escape from Andersonville, a novel he'd co-written with Daniel Lenihan. In more than one interview, he said that he'd stopped working in the film business. When a reporter from the Raleigh News & Observer asked him to explain his decision, he said he didn't want to "keep pressing" and risk "going out on a real sour note." "I feel comfortable with what I've done," he said.

Yet beyond a few Web sites and wire services, hardly anybody picked up the story or repeated what he'd said. Even now, the fact that one of our most accomplished actors hasn't appeared in a film since 2004, and has said he won't be doing any more, has barely gotten a mention. His agent says it's possible that the right script and director could lure him back, but even if he did return to acting at this point—and, like you, I fervently hope that he does—the nonevent of Hackman's retirement would stand as a strange episode in our recent cultural history. It's a telling, if sad, example of how cavalier we can be with our great artists.

The point isn't that Hackman needs the validation of more trophies: He won plenty, including Oscars for The French Connection and Unforgiven. The point is that our award-season obsessions lead us to undervalue some forms of excellence that can't be toted up in a single role, or divided neatly into categories, or measured against some mythical standard of Oscar worthiness. These virtues, the kind that reveal themselves fully over time, don't have a name, but they do have a face. It's at the top of this page.

Hollywood's habitual bias toward pretty leading men slights the actors who have the range to play all sorts of roles. This, surely, is Hackman's greatest distinction. Good ol' boy Buck Barrow in Bonnie and Clyde. Comically diabolical Lex Luthor in Superman. The blind hermit in Young Frankenstein. The coach in Hoosiers. Saintly cowboys, panicky astronauts, philandering steelworkers, several kinds of president … Like every actor, he had some misfires, and there's no denying that he signed on for some seriously regrettable films. But this side of Meryl Streep—which is to say, here among the mortals—it's hard to think of a contemporary American actor who could convince you he was born to play so many far-flung roles. 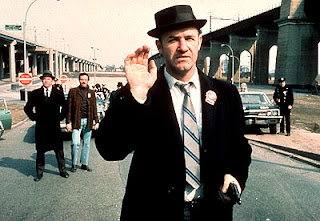 As Popeye Doyle, the volcanic, superextroverted cop in The French Connection, he pulled out all the stops, ranting and shouting and raising hell. Three years later, he did the opposite, pulling himself inward to play Harry Caul, the meticulous, introspective eavesdropper in The Conversation. When you've seen one transformation, the other looks doubly impressive.

Not all the reasons why we've taken Hackman for granted lie onscreen. He rarely gives our celebrity culture excuses to blog. (He lives in Santa Fe with his wife, painting and writing his books.) Nor did our youth-obsessed culture ever really see him when he was young. A long, slow start in New York theater meant that by the time he found regular work in the movies, it was as the older, tougher companion of various male ingénues: Warren Beatty, Robert Redford, and Al Pacino (in Scarecrow, a road movie about two drifters that features one of his richest performances).

Yet this late start has ended up working to Hackman's advantage. His characters belong almost entirely to middle age. Because they've been around long enough to experience failure and loss, but not long enough to take it easy, Hackman could play them with a distinctive mix of shadow and light. While some actors congratulate themselves for venturing into the moral gray zone, Hackman has called it home for so long that we've ceased to notice. In his performances, as in life, the good guys aren't always nice guys, and the villains have charm. (Both sorts of roles benefit from Hackman's trademark: a slightly diabolical back-of-the-throat chuckle.) Even in Unforgiven, in which he played the brutal sheriff of a frontier town, little glimmers of humanity emerged. When he told the imprisoned Morgan Freeman about the violent interrogation coming his way, he flashed a look not of menace, but of sympathy. 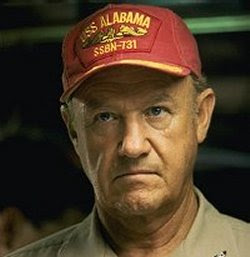 Hackman has said he's not interested in trading roles like these for what Hollywood seems to offer, a bland diet of "grandfathers and great-grandfathers." So if the acting bug bites again, and his insistence on fresh challenges doesn't waver, maybe he'll return to where he began: the stage. His inner fire and air of regret might equip him for Long Day's Journey Into Night; with his rascally charm, comic intelligence, and wicked streak, he could be a really fine Falstaff.

But if he has truly ended his acting career, he ended strong. I don't mean Welcome to Mooseport, the execrable 2004 comedy in which he wasn't much good (nobody was—nobody could be). The real capstone came three years earlier, in The Royal Tenenbaums. As the patriarch of an eccentric family, he walked into Wes Anderson's blizzard of whimsy and somehow emerged bone-dry. More than that: he gave the story real flesh and blood and emotional punch. 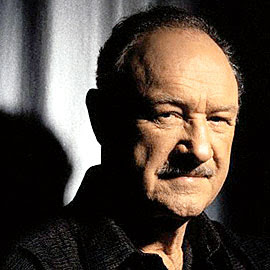 Entering his 81st year, Gene Hackman has has not really retired - yes he has retired from acting, but he has written numerous fiction books with more on the way. I applaud him for doing what is best for him - unfortunately it is not best for us - his fans and his audience...
Posted by David Lobosco at 3:42 AM