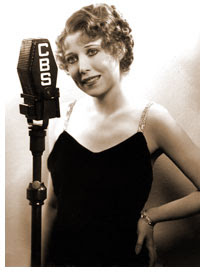 The name of Annette Hanshaw may be pretty much forgotten in the world of popular music, but to classic jazz music fans Annette Hanshaw is still a great icon. Although her counterpart in singing, Ruth Etting, was more famous and recorded more, Hanshaw has a down home quality in her voice that showcased an optimistic note which listeners desperately needed during the Great Depression.

For many years it was believed that Annette had been born in 1910 and began her recording career shortly before her 16th birthday. However, it has recently come to light that she was in fact born nine years earlier, making her 24 at the time of her first commercial recording in September 1926. Her nephew, Frank W. Hanshaw III, has confirmed 1901 as the date on her birth certificate.

Her singing style was relaxed and suited to the new jazz-influenced pop music of the late 1920s. Although she had a low opinion of her own singing, she continued to have fans because she combined the voice of an ingenue with the spirit of a flapper. Hanshaw was known as "The Personality Girl," and her trademark was saying "That's all," in a cheery voice at the end of many of her records. 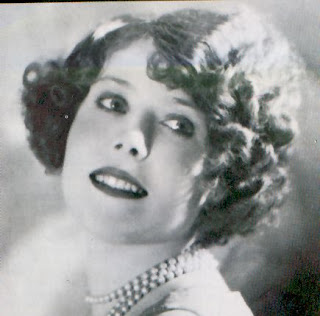 Between September 1926 and February 1934, she recorded prolifically. From 1926–28 she recorded for Pathe (her sides were released on both the Pathe and Perfect labels). Starting in June 1928, she recorded for Columbia; most of these were issued on their dime store labels Harmony, Diva, Clarion and Velvet Tone. A handful were also released on their regular price Columbia and OKeh. Although most were released under her own name, she was renamed Gay Ellis (for sentimental numbers) and Dot Dare or Patsy Young (for her Helen Kane impersonations). She recorded under a number of other pseudonyms which included Ethel Bingham, Marion Lee, Janet Shaw, and Lelia Sandford. Starting in August 1932, she began recording for the ARC with her recordings issued on their Melotone, Perfect, Conqueror, Oriole and Romeo. Her final session, February 3, 1934 was placed on ARC's Vocalion label. 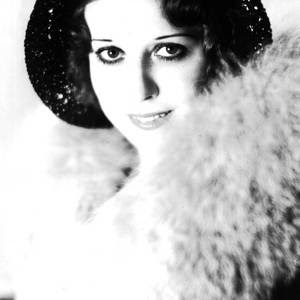 At an age when women did not have much of a voice anywhere, let alone in the music industry, Hanshaw was very vocal in her opinions of recording operations and band orchestrations. One of her most famous recordings was "Happy Days Are Here Again" recorded on February 11, 1930. Reportedly, Annette was not happy with a crack she heard on her voice. She marched right up to bandleader Ben Selvin during the recording signaling him that she wanted a retake. As it was already take 3 he said 'no'. The result was, she walked out while the recording was still in progress.

Hanshaw made her one and only appearance on film in the 1933 Paramount short Captain Henry's Radio Show, "a picturization" of the popular Thursday evening radio program Maxwell House Show Boat, in which she starred from 1932 to 1934.

Having grown tired of show business, in the late 1930s Hanshaw retired and settled into married life with her husband, Pathé Records executive Herman "Wally" Rose. Later in life, in a would-be comeback, she recorded two demo records, but they were never released. In the mid 1970s, she gave a few radio interviews where she admitted that she hated the recordings she made for the most part. She died of cancer in 1985 at New York Hospital after a long illness; she was living in Manhattan at that time...
Posted by David Lobosco at 6:48 AM