BORN ON THIS DAY: ED AMES 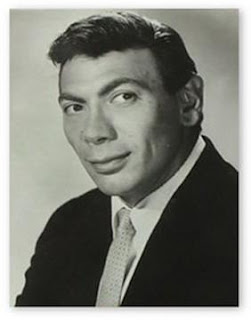 One of the great groups of the 1950s were the Ames Brothers. Unfortunately forgotten now, Ed Ames was the lead singer of that successful group. He was born today - July 9th in 1927. Born in Malden, Massachusetts to Jewish parents who had immigrated from Ukraine, Ed Ames was the youngest of nine children, five boys and four girls.

Ames grew up in a poor household. He attended the Boston Latin School and was educated in Classical and Opera music, as well as literature. While still in high school, the brothers formed a quartet and often won competitions around the Boston area. Three of the brothers later formed the Amory Brothers quartet and went to New York, where they were hired by bandleader Art Mooney. Playwright Abe Burrows helped the brothers along the way, suggesting the siblings change their group's name to the Ames Brothers.

They were first signed on with Decca Records in 1948, but because of the Musician Union's ban, their records from Decca were never released. They signed on with another label, Coral Records, a subsidiary of Decca. They had their first major hit in the 1950s with the double-sided "Ragg Mopp" and "Sentimental Me." The Brothers joined RCA Victor records and continued to have success throughout the 50s with many hits like "It Only Hurts For a Little While," "You, You, You" and "The Naughty Lady of Shady Lane." The brothers made appearances regularly on variety shows, and for a short period of time had their own 15 minute variety show in 1955. 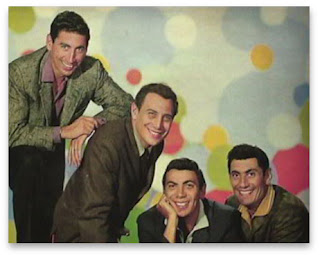 In 1960, The Ames Brothers disbanded, and Ed Ames, pursuing a career in acting, studied at the Herbert Berghoff School. His first starring role was in an Off Broadway production of Arthur Miller's The Crucible, going on to starring performances in The Fantasticks and Carnival!, which was on Broadway. He was in the national touring company of Carnival.

Although Ames is of Ukrainian extraction, his dark complexion led to his being cast regularly as an American Indian. His greatest success as a stage actor came when he played Chief Bromden in the Broadway production of One Flew Over the Cuckoo's Nest, opposite Kirk Douglas.

Talent scouts at 20th Century Fox saw Ed in the production and invited him to play the Native American Mingo on the television show Daniel Boone, with Fess Parker, Patricia Blair, Darby Hinton and Veronica Cartwright.

While playing Mingo on television, Ames developed some skill in throwing a tomahawk. This led to one of the most memorable moments of his career, when he appeared on The Tonight Show Starring Johnny Carson on April 29, 1965. During the course of the show, Ames and Johnny Carson were discussing Ames' tomahawk throwing abilities. When Ames claimed that he could hit a target from across the room, Carson asked Ames if he could demonstrate this skill. Ames agreed, and a wood panel with a chalk outline of a cowboy was brought on to the stage. Ames proceeded to throw the tomahawk, which hit the "cowboy" square in the groin with the handle pointing upward. This led to a very long burst of laughter from the audience. After a moment, Ames proceeded to walk toward the target to retrieve the tomahawk but Carson stopped him and allowed the situation to be appreciated for its humor. Carson ad-libbed, "I didn't even know you were Jewish" and "Welcome to Frontier Bris." Ames then asked Carson if he would like to take a turn throwing, to which Carson replied, "I can't hurt him any more than you did." The clip became a favorite of Carson's own yearly highlight show and subsequently blooper television specials.

Ames recorded under the name "Eddie Ames" while still with the Ames Brothers, releasing the single "Bean Song (Which Way To Boston?)" in 1957. 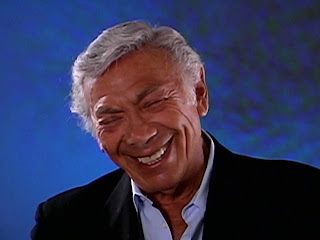 During the 1960s, Ames returned to singing, this time as a solo artist. He released his first RCA Victor chart single, "Try to Remember," in 1965. The song barely made the charts. A bigger success came in 1967 with "My Cup Runneth Over." The song was both a Pop hit and an Adult Contemporary hit. He had less success on the Pop charts soon after, and only had Adult Contemporary hits with "When the Snow Is On the Roses," "Time Time", "Pete Raids", and "Timeless Love". He did make the Pop Top Twenty one last time in his singing career with the song "Who Will Answer" in 1968.

Ames's distinctive baritone is a regular radio presence during Christmas season, too, thanks to his version of "Do You Hear What I Hear?" Written originally in response to the Cuban Missile Crisis, the song received its best-selling treatment from Bing Crosby in 1962, but Ames' version, recorded a few years later, is in frequent holiday rotation...
Posted by David Lobosco at 3:17 AM