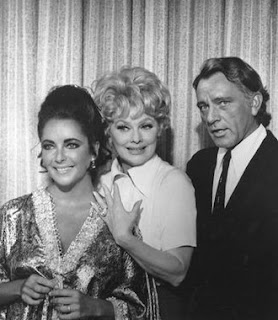 TCM, continuing their efforts to issue great classic collections has done it again with more DVD issues. A pair of TCM Classic Legends releases brings together two leading Hollywood actresses who have more in common than meets the eye. Fame, influence, tabloid fodder, they shared these by-products of Hollywood success. Elizabeth Taylor and Lucille Ball were sisters in arms in the battle for box office bucks but they were also much more.

Elizabeth Taylor was considered the most beautiful woman in the world at the height of her fame. Those cool violet eyes and blue black hair were the stuff of art directors’ dreams. Taylor seemed slightly dangerous to men, and an anathema to suddenly single women.

Taylor was a man-trap, married eight times and as crazy about love when she died as when she raised eyebrows making out with her married Cleopatra co-star Richard Burton. She stole Eddie Fisher from America’s Sweetheart Debbie Reynolds, and Richard Burton from his wife Sybill. Taylor’s personal life was far juicier than any role she played. 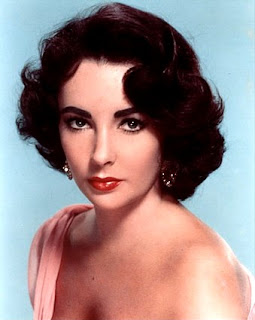 Always the romantic, Taylor left nearly a $1M to her last ex-husband, Larry Fortensky, a much younger man – a construction worker – romance always! Taylor’s appetites were big – men, food, clothes, jewels, and at times, drink. She doted on her three children, one of whom she adopted on the set of Cleopatra.

But her turbulent relationship with Richard Burton was her romantic legacy, as much as they married twice and vowed eternal love they were apart some years when he died. In their heyday, they were dynamite, behaving scandalously in various corners of the world, buying up treasures wherever they went including the 33 carat Krupp diamond and the 69 carat “Taylor-Burton” diamond and showing off their chemistry at every opportunity. The “paparazzi”, the new breed of invasive celebrity photographers of the sixties, tracked their every move. 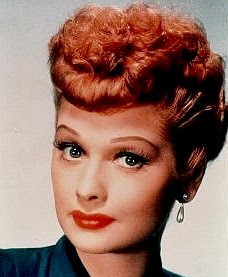 Lucille Ball was beautiful, not Taylor beautiful but warm, funny, down to earth and wide eyed beautiful. Art directors went to great pains to create color palettes that complemented her marmalade red hair, which was often feature as a bit in her TV series and in her movies, representing her fiery nature and her expensive dye habit.

Lucy wasn’t afraid to get gritty, and physical and look the fool. In fact, she relished it. Lucy’s showbiz savvy was her secret weapon; she knew all aspects of Hollywood and had strong business acumen. But onscreen is the payoff – apparently rather dour off-screen, she was insanely, unforgettably funny on.

Ball too had a long, headline grabbing and turbulent relationship. Desi Arnaz was her husband and business partner at Desilu Studio, and the pioneering, inventive mind behind the success of their TV shows. She was timing, acting skill and appeal.

Together they became wealthy, Hollywood moguls whose TV shows and films were seen all around the world. Through their partnership, he emerged from the far fringes of Hollywood to become one of its biggest power players and Ball found her niche as a comedienne after a long string of ho hum dramatic and romantic films. Together they were dynamite. Separate, not so much. 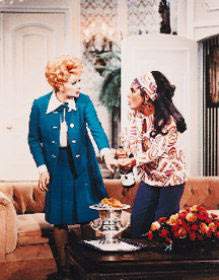 The Taylor DVD collection features a variety of Taylor moods – sexy, hungry and clingy in Cat on a Hot Tin Roof, enamored of her husband who can’t bear her. Taylor is a hooker In Butterflied 8, desperate to change her ways and win her mother’s approval and the love of a married man for keeps.

Taylor is gorgeously young and adorable in Father of the Bride as she embarks on the adventure of first love and marriage; not quite innocent, she’s teetering on the brink of womanhood. And The Sandpiper reunites Taylor and Burton as a married man in love with Taylor’s Big Sur artist; this time they are lovers in the autumn of their lives, pondering life’s Big Questions. This is an extremely well chosen set.

Ball is featured in all her Technicolor glory in DuBarry Was a Lady, which pretty much stars her hair and clothes, with Lucy and Red Skelton in second billing. The film was made to enhance her coloring, or so it seems. It’s pretty eye-popping. Forever Darling is one of two “getaway” films Lucy and Desi made together as husbands and wives embark on a trip, like fish out of water, and they bicker and fight funny. Here they go camping to test his bug spray formula.

They play a married couple honeymooning In Rockies in a super big mobile home in The Long, Long, Trailer. Harrowing scenes navigating narrow mountain trails are hilariously unbearable, and of course her rock collection doesn’t help. Ball’s long-time friendship with the Marx Brothers began in Room Service, a classic comedy in which she’s the straight girl. In 1938, she hadn’t quite found her way to comedy but it’s clear she had the greatest teachers available to any young aspiring actress... 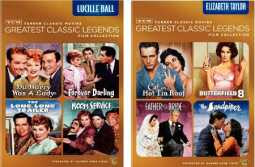 SOURCE
Posted by David Lobosco at 5:37 AM