Here is an excellent music review from one of the best albums my favorite female singer, Jo Stafford made. While I do not agree with everything the author writes, it is a great review of a great artist... 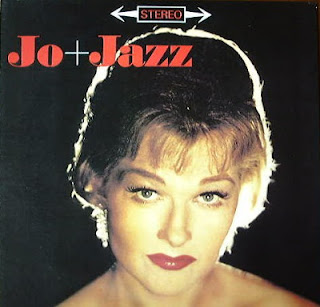 When remembering Jo Stafford, many musicians cite her purity. The term not only refers to Stafford’s clear voice, but to the musical mind that controlled it. Stafford’s advanced harmonic knowledge and precise intonation allowed her to sing passages that would defeat a lesser vocalist (and to hear her satirize lesser vocalists, check out the hilarious recordings she made under the names Cinderella G. Stump and Darlene Edwards). In one of his last interviews, Lester Young included her among his favorite singers, and while she never claimed to be a jazz vocalist, Stafford showed her affinity to jazz in her albums “Once Over Lightly” (with Art Van Damme), “Ballad of the Blues” and “Do I Hear A Waltz” (both with her husband, Paul Weston) and in a wonderful jam session with Ella Fitzgerald from Benny Goodman’s first “Swing Into Spring” television special.

However, Stafford’s finest jazz album was the 1960 Columbia LP, “Jo + Jazz”. Surrounded by an all-star band which combined stars from the Ellington band (Johnny Hodges, Ben Webster, Harry Carney, Lawrence Brown and Ray Nance) and the West Coast jazz scene (Jimmy Rowles, Don Fagerquist, Conte Candoli, Russ Freeman, Joe Mondragon, Shelly Manne and Mel Lewis), Stafford sings in a light, attractive tone, swinging gently, and creating definitive performances. The band was arranged and conducted by Johnny Mandel, and the play list includes three gems from the Ellington book (“Just Squeeze Me”, “Day Dream” and “I Didn’t Know About You”), big band era classics (“For You”, “Dream of You”, “S’posin’” and “What Can I Say After I Say I’m Sorry”), standards (“You’d Be So Nice To Come Home To”, “I’ve Got The World On A String” and “The Folks Who Live on the Hill”) and jazz-inspired songs (“Midnight Sun” and “Imagination”).

The joys of this album come in the small details: the way Stafford gently imitates Hodges’ scooping sound on “Just Squeeze Me”, the creamy sound of her voice on “Day Dream”, the sincerity as she sings the long lines of “For You”, her lazy, reflective rendition of “I Didn’t Know About You”, and her seemingly effortless reading of the descending chromatic line on “Midnight Sun”. One senses the respect Stafford has for her material. She can perform a song like “Folks Who Live on the Hill” with an elegant simplicity and let the message of the lyrics carry the listener along. On the other hand, she creates a soaring melodic variation on “What Can I Say” that represents a distinct improvement over the original. Webster played on several vocal albums during this period, and his big breathy sound is present on nearly every cut. Rowles and Fagerquist perform delightful solos as well, but my favorite touch is another small detail—the rumbling bass clarinet of Harry Carney that spices several of Mandel’s arrangements. (This might be the best place to note Tim Weston’s superb re-mixing of the album for the Corinthian CD release, which offers a better mix of instrumental colors and vocals than the original Columbia LP).

We could have had many more albums like “Jo + Jazz”. By the end of the 1960s, Stafford’s pitch was starting to fail her (no doubt exacerbated by her long addiction to cigarettes) and she effectively retired from singing. A few years later, Carl Jefferson of Concord Records offered Stafford a contract, but the singer decided not to accept it due to her personal dissatisfaction with her voice and her reluctance to tour again (the same offer was accepted by Rosemary Clooney). “Jo + Jazz” stands as one of the finest vocal jazz albums ever recorded. It is also a fascinating glimpse of what Jo Stafford might have been, but rarely was: a true jazz singer.... 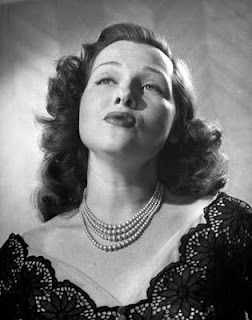 Posted by David Lobosco at 5:33 AM