WHERE ARE THEY NOW: PAM DAWBER 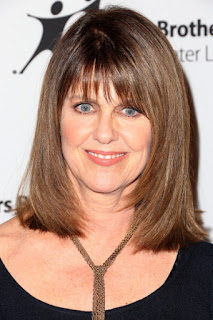 Growing up in the 1980s, one of my first television memories was watching the sitcom "Mork & Mindy". The show really showcased the raw talent of comedian Robin Williams. However, I always enjoyed his love interest and voice of reason on the show - Pam Dawber. I started thinking the other day that I haven't seen her much lately, and it is a shame because she was a great actress of the 1980s. Anyone that could even attempt to act around Robin Williams, has a talent in some way!

Dawber was born in 1951 in Detroit, Michigan, the daughter of Thelma M. (née Fisher) and Eugene E. Dawber, a commercial artist. She attended North Farmington High School and Oakland Community College. She began her career as a fashion model with Wilhelmina Models and went on to a career as an actress. From 1978 to 1982, she played one of the title roles in the ABC sitcom Mork & Mindy: Mindy McConnell, the comedic foil and eventual love interest for the extraterrestrial Mork from the planet "Ork", played by Robin Williams. The show was extremely popular in its debut season, when it averaged at #3 in the Nielsen ratings for the year.

Dawber sang in a 1980s Los Angeles Civic Light Opera production of Gilbert & Sullivan's The Pirates of Penzance, based on the Joseph Papp/New York Shakespeare Festival production. Her role, as Mabel, had been played by Linda Ronstadt in the New York run of the show.

From 1986 to 1988, Dawber again had the title role in a TV series, playing Samantha Russell in the CBS sitcom My Sister Sam, co-starring Rebecca Schaeffer. The series was a success in its first season, but suffered a massive ratings drop in its second after moving to Saturday night. My Sister Sam left the air in April 1988, with half of the second season's episodes never airing on CBS, but eventually airing (along with all previous episodes) on USA Network. In July 1989, over a year after the show's demise, Schaeffer was shot and killed by an obsessed fan in front of her apartment, which devastated Dawber. Reportedly, this was one of the reasons why Pam wanted to leave the business. Dawber, and her My Sister Sam co-stars Joel Brooks, David Naughton and Jenny O'Hara reunited to film a public service announcement about violence prevention.

She has been married to actor Mark Harmon since March 21, 1987. They have two sons: Sean Thomas Harmon (born April 25, 1988) and Ty Christian Harmon (born June 25, 1992). Pam has retired from the limelight to raise her two boys. Dawber is a national spokeswoman for Big Brothers Big Sisters of America.

Her last movie to date was the television movie Don't Look Behind You (1999), and her last appearance on film was in a 2006 documentary on astronaut Christa McAuliffe. Pam still makes appearances with her husband Mark, and even over 60 now, Pam Dawber is as beautiful as ever... 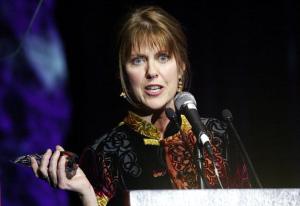 Posted by David Lobosco at 7:18 AM