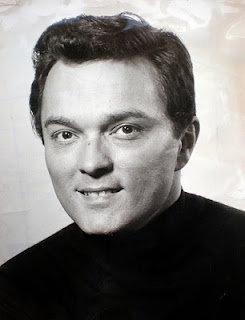 When I used to exchange music more with friends who liked the great music, I had a lot of friends in England. It was wonderful because I got introduced to some wonderful British singer that I would have never been exposed to otherwise. One such great singer, who died to young, was Dickie Valentine Valentine was born Richard Maxwell (his birth father was Dickie Maxwell) on November 4, 1929 in Marylebone, London. He was known as Richard Bryce, as his mother later married Bryce, and gave her young son that surname.

His first acting job was at age three, when he appeared in the Jack Hulbert/Cicely Courtneidge film Jack's the Boy. He first trained as a singer during his work as a child actor, and during that time developed a flexible vocal style and skills as an impersonator of famous singers. He was overheard singing by actor-singer Bill O'Connor while working as a call boy at Her Majesty's Theatre, and encouraged him to take lessons. Since he could not afford them, O'Connor paid for them.

He sang in clubs and learned stagecraft to help gain confidence and experience. While he was in his late teens, he was singing at the Panama Club one night when music publisher Sid Green saw him and brought him to the attention of Ted Heath. On Valentine's Day 1949, Valentine, who at the time was relatively unknown, was signed by Ted Heath to join his band, Ted Heath and his Music, as a singer to work alongside Lita Roza and Denis Lotis. He was voted the Top UK Male Vocalist in 1952 while singing with the Ted Heath Orchestra, the most successful of all British big bands, and again after going solo in 1954.

In November 1954, Valentine was invited to sing at the Royal Command Performance, and in February 1955 he was top billed at the London Palladium. Not only did he sing, he also did jokes and impersonated many people, including Johnnie Ray, Frankie Laine, Mario Lanza, and Billy Daniels. He recorded two number one hits, "Christmas Alphabet" and "Finger of Suspicion" (my favorite of his recordings). His first chart-topper came only two months after his marriage to Elizabeth Flynn at Caxton Hall, which caused scenes of hysteria and was widely expected to sound the death knell to his career. In fact, 1955 was by far his best chart year, with two number ones and three other Top Ten hits. While his second number one saw Valentine playing King Canute to Bill Haley's incoming tide of rock and roll, "Christmas Alphabet" marked the first time in the UK that a song created for the Christmas market hit number one. In April 1955, Valentine again topped the bill at the London Palladium for two weeks, a month after winning the male vocalist category in the NME poll. He went on to win this title consecutively from 1953 to 1957. 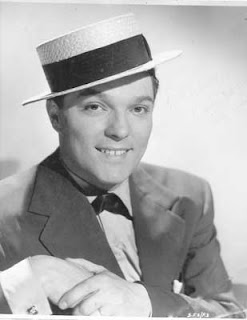 He married Elizabeth Flynn, a professional ice skater, in 1954. They had two children together, Richard and Kim, but divorced in 1967. Valentine married the actress Wendy Wayne in 1968.

In 1961, he had a television series Calling Dickie Valentine. In 1966 Valentine partnered with Peter Sellers on the ATV sketch show The Dickie Valentine Show, but it did not last long. Due to the rise of rock 'n' roll, Valentine's fame began to wane during the 1960s, he remained a popular live performer until his death.

Travelling to his next gig at the Double Diamond Club in Caerphilly, Wales, he was killed outright in a car crash on a single lane bridge at Glangrwyney, near Crickhowell, Wales on May 6, 1971, at the age of 41, together with pianist Sidney Boatman and drummer Dave Pearson, aged 42. The coroner's inquest revealed the car in which the three were travelling to have been driven in excess of 90 mph at time of impact, and that Valentine — who was driving his wife Wendy's Hillman Avenger, with which he was unfamiliar, (he was awaiting delivery of his new customised car) — had lost control of the vehicle while attempting to take a (clearly marked) dangerous bend. Valentine had travelled on that stretch of road many times and was familiar with the hazards. It was thought Valentine's attention might have been distracted by conversation with his friends, in addition to tiredness (the crash having happened at 4.20am). It was also noted that there was heavy fog at that time.

Like his American counterparts like Guy Mitchell and Johnnie Ray, the change in the music industry and society as a whole, caused Dickie Valentine's career to go downhill, but it did not stop him from making music, and it did not stop his fans from enjoying his records. Even with his sad young death, Valentine left behind great examples of his talents that are available on records and now even CDs... 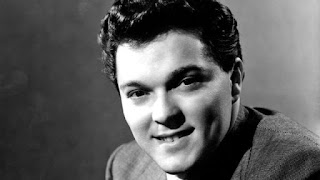