Anyone that knows me, knows how obsessed with the music of the 1920s to 1950s I am. I try to collect it all, and it is music that has helped during the down times of my life, and it is the music that has been their during my happy high times. This top five will feature my five male singers of that era. There are other singers I like such as Johnny Cash from the country/western side or Billy Joel from the newer guys, but they belong on another list for another time... 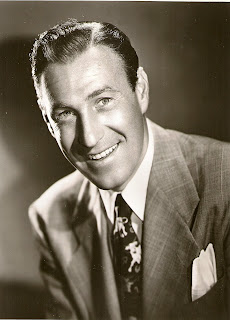 5. BUDDY CLARK (1912-1949)
Buddy Clark has been gone almost 65 years, but his recordings were immensely popular to post war audiences of the 1940s. He started out as a band singer in the early 1930s, and even went to Hollywood to become a ghost singer. (He wasn't ugly, but his looks for more suited for records and radio). His biggest hit was "Linda", but he had numerous hits during his career. His career was sadly cut short when he died in an airplaine crash on November 1, 1949, and another one of his hits, "A Dreamer's Holiday" charted after his death. The name of Buddy Clark is not mentioned much anymore but should be.

4. AL JOLSON (1886-1950)
Jolson self proclaimed himself to be "the greatest entertainer", and no one could argue with that because he was. He started making records in 1911, which  was before the microphone was used in recording. His early records seem as old as the dinosaur now, but even those ancient records are worth listening to. Check out his superb recording of "I'd Climb The Highest Mountain" from 1926. He moved to movies in 1929, but within a decade he was out of vogue and supposedly washed up. The movie "Jolson Story" (1946) revived his career and from 1946 until his death in 1950 his voice never sounded better from his old chestnuts to new songs like "If I Only Had A Match" and "I Got Lucky In The Rain", Jolson's voice sounded better as he aged. 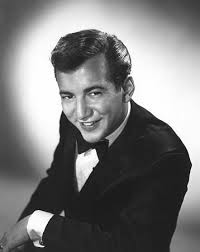 3. BOBBY DARIN (1936-1973)
When I listen to Bobby Darin it always sounds like he is singing like he was running out of town. Sadly, with a weakened heart - he pretty much was entertaining on borrowed time. He burst on to the scene in the late 1950s with the early rock hit "Splish Splash". However, he constantly fought record executives because he wanted to sing songs from the Great American Songbook like Bing Crosby and Frank Sinatra. Like Jolson, Darin could be full of himself. He told his manager one time that he would be "bigger than Sinatra", but his records demostrated he had a great talent. Some of my favorites by Darin include "Once Upon A Time" and "More", and he recorded a duet album with song writer Johnny Mercer in 1960 that I think is pretty much a masterpiece. He died on the operating table in 1973 during heart surgery, and it was way too soon.

2. DEAN MARTIN (1917-1995)
Like Bobby Darin, it seems like Dino never cared when he sang. There was never anything further from the truth. Dean cited Harry Mills (from the Mills Brothers) and Bing Crosby as two of his idols, and he emerged from the shadows of his comedy team with Jerry Lewis in 1956 to become one of the great recording stars of a generation. He was with Capitol Records from 1948 until his buddy Frank Sinatra started Reprise Records in 1962. I can never get tired listening to Dino's recording of "Ain't That A Kick In The Head" , and I lost track of how many movies it was in. People say that after 1964, he kind of gave up on his singing and became more of a comedian who sang, but I have a performance from 1978 of "Brother, Can You Spare A Dime" that Dean did that I would rank up there with one of the great interpretations of the song. It was a sad Christmas for me when Dean died on that day in 1995. 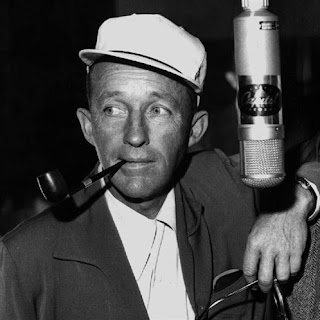 1. BING CROSBY (1903-1977)
In my humble opinion Bing was the father of all popular music. Because of him there was Sinatra, Dino, Tony Bennett, and a host of other singers who poked out through Bing's shadows. It was a huge shadow Bing cast because he was so popular in the 1930s and 1940s that it has been said that Bing's voice has been heard more times than any human being in the history of the world. I am not sure of that, but no other singer before or since was as popular as Bing was. In the 1930s, his voice soared to near operatic heights on recordings like: "Temptation", "Brother, Can You Spare A Dime", and "Black Moonlight". In the 1940s, his recordings followed the trend of popular songs of the time, and I highly recommend songs like "Humpty Dumpty Heart", "Moonlight Becomes You", and "You Keep Coming Back Like A Song" from this song. Bing retreated from popular music scene once rock took over, but he did make some later albums in the 1970s which were some of the best material he recorded in decades. His death in October of 1977 marked the end of an era for music which never will be duplicated.