BORN ON THIS DAY: CLAUDETTE COLBERT 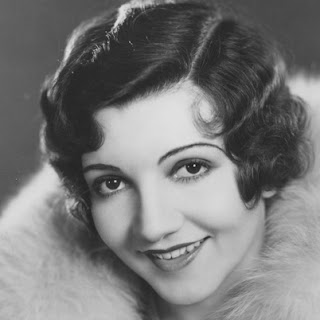 On this day, September 13th (Friday the 13th this year), one of the greatest actresses of classic Hollywood was born. Claudette Colbert was born on this day in 1903. She was born Émilie "Lily" Chauchoin (pronounced “show-shwa”) was in Saint-Mandé (an eastern suburb of Paris), France to Georges Claude Chauchoin (1867-1925) and Jeanne Marie (née Loew, 1877-1970). Despite being christened "Emilie", she was called "Lily", because she had an aunt living with her by the name of Emilie. The aunt was her maternal grandmother's adopted child, Emilie Loew (1878-1954), who wasn't a blood relative, worked as a dressmaker, and never married. Colbert's nickname "Lily" came from Jersey-born actress Lillie Langtry. Jeanne Chauchoin and Colbert's grandmother Marie Augustine Loew (1842-1930) were born in the Channel Islands in the British Isles, and they were already fluent English speakers before coming to the U.S., though French was spoken in the family circle. Colbert's brother, Charles Auguste Chauchoin (1898–1971), was also born in Jersey. 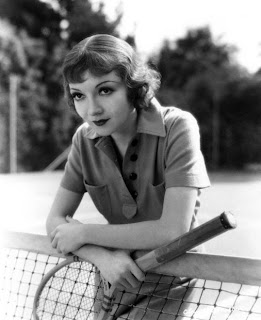 Jeanne held various occupations. While Georges Chauchoin had lost the sight in his right eye and hadn't settled into a profession, he was a pastry-shop owner in Paris and also worked in banking business but made some inappropriate investments. Marie Loew had already been to the U.S., and Georges' brother-in-law (surname Vedel) was already living in New York City. Marie was willing to help Georges financially but also encouraged him to try his luck in the U.S. After suffering business setbacks, in order to pursue more employment opportunities, her family including Marie and Emilie Loew emigrated into Manhattan in 1906. They lived in a fifth-floor walk-up at 53rd Street. Colbert stated that climbing those stairs to the fifth floor every day until 1922 made her legs beautiful. Her parents formally changed her real name to Lily Emilie Chauchoin. Georges Chauchoin worked as a minor official at First National City Bank. Colbert quickly learned English from her grandmother Marie Loew before entering public school and remained fluent in French. She had hoped to become a painter since she could first grasp a pencil. In 1912 her family was naturalized in the U.S. Colbert studied at Washington Irving High School (known for having a strong arts program), where her speech teacher, Alice Rossetter, encouraged her to audition for a play Rossetter had written.

In 1919, Colbert made her stage debut at the Provincetown Playhouse in The Widow's Veil at the age of 15. However, Colbert’s interest in the arts still leaned towards painting. Intending to become a fashion designer, she attended the Art Students League of New York, where she paid for her art education by working as a dress-shop employee. After attending a party with the writer Anne Morrison, Colbert was offered a bit part in Morrison's play and appeared on the Broadway stage in a small role in The Wild Westcotts (1923). Influenced by her father's middle name Claude, she had been using the name Claudette instead of her first name Lily since high school, and for her stage name she added her maternal grandmother's maiden name Colbert. She formally changed her real name to Lily Claudette Chauchoin. Her father Georges died in 1925 and her grandmother Marie Loew died in New York in 1930. 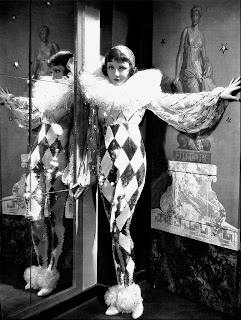 After signing a five-year contract with the producer Al Woods, Colbert played ingenue roles on Broadway from 1925 through 1929. During this period she disliked being typecast as a French maid. Colbert later said, "In the very beginning, they wanted to give me French roles … That’s why I used to say my name Col-bert just as it is spelled instead of Col-baire. I did not want to be typed as ‘that French girl’". She received critical acclaim on Broadway in the production of The Barker (1927) as a carnival snake charmer. She reprised this role for the play's run in London's West End. Colbert was noticed by the theatrical producer Leland Hayward, who suggested her for the heroine role in For the Love of Mike (1927), a silent film now believed to be lost. The film didn't fare well at the box office.

In 1928 Colbert signed a contract with Paramount Pictures, which was looking for stage actors who could handle dialogue in the new "talkies" medium. Colbert's skill as a speaker was one of her best assets, but at first she didn't like film acting. Her earliest films were produced in New York. During production of the 1929 film The Lady Lies, she was appearing nightly in the play See Naples and Die. In 1930 she starred opposite Maurice Chevalier in The Big Pond, which was filmed in both English and French. She co-starred with Fredric March in Manslaughter (1930), receiving critical acclaim for her performance as a woman charged with vehicular manslaughter. She was paired with March in four productions, including Honor Among Lovers (1931) with Ginger Rogers. While these films were box office successes, she also starred in Mysterious Mr. Parkes (1931), which was a French-language version of Slightly Scarlet for the European market, although it was also screened in the United States. She sang opposite Maurice Chevalier in the Ernst Lubitsch musical The Smiling Lieutenant (1931), which was a box office success. Decades of great roles and movies followed, and the rest is classic Hollywood history... 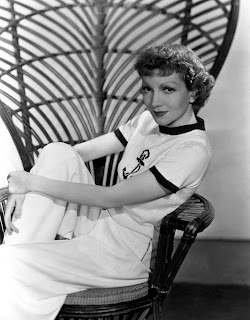