MACDONALD AND EDDY: FINALLY ON DVD 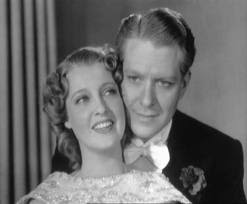 It took some doing to get Nelson Eddy and Jeanette MacDonald out of the Metro-Goldwyn-Mayer vaults and into viewers' homes. At this point, it should be said that both Naughty Marietta (1935), their first movie together, and Sweethearts (1938), their first in Technicolor, did have some deterioration in the film stock; not unusual for films that are over 70 years old. Going in, it was known it was going to take a lot of work to get these classics cleaned up and ready for distribution. When film elements are problematic, they are usually rejected at the outset of the process. In the case of both of these classics, their source elements were newly manufactured, and there was no indication that there would be any hold-up in moving along.

As it turned out, both films had their own set of problems which required a great deal more work, and therefore more time, than originally anticipated. Teams of experts put hours and hours into this project, including night shifts and weekends, in order to get them ready for release. The finished product is actually available, and we are all optimistic that the extra efforts will yield impressive results for collectors.

Now that Eddy and MacDonald are finally making their debut on DVD, the team at Warner Home Video wanted to make these new releases unique, and one of the ways they have done so is to give fans an opportunity to experience these two legendary stars at work... making music as only they could.

As is generally well-known today, movie musicals have, with rare exception, all been created with songs pre-recorded prior to filming. This was done to insure greater excellence in the final performance, ease of editing, mixing, etc. Pre-recording of musical numbers was usually the very first phase of active production for these films, while other aspects of scenes or dances or routines were being rehearsed simultaneously. Most studios did not retain these pre-recordings in the ensuing years, considering them worthless. Thankfully MGM was one of the few studios that DID make an effort to keep their recording sessions, and in recent decades the Warner team has been fortunate enough to share those recordings with fans through dozens of never-before-released soundtrack album CDs, and/or as supplementary material first on laserdiscs, and later DVDs. 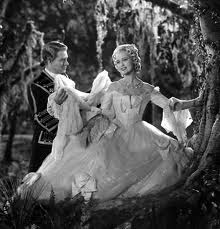 Virtually all of the MacDonald/Eddy pre-recording sessions have been locked firmly in the vault... until now, as Warner has decided to share some of these session recordings with fans by including them as AUDIO VAULT special features on the new DVD releases. For Naughty Marietta you will hear MacDonald’s attempt to sing "Ah, Sweet Mystery of Life" stop virtually before it starts, much to the laughter of her co-workers and of course, the lady herself. Then the listener can experience the kinship and warmth that was already evident between the two stars as they go through multiple versions and takes of what is arguably their most famous duet. 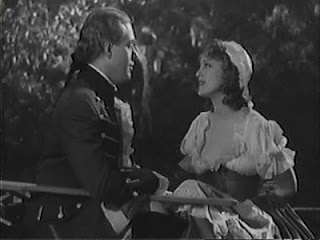 For Sweethearts, there are several songs presented, including some only partially heard in the finished film, such as "Mademoiselle". The title song is presented in several different iterations, and there is an unused performance by Miss MacDonald singing "Angelus." Exciting to hear? You bet! But these are more than just rare recordings. That’s because most of these performances are heard in stereophonic sound. Not bogus stereophonic sound, but actual stereo mixes that have recently been created from the original 1938 pre-recordings which were made using four discrete channels of music. MGM began experimenting with multi-channel pre-recordings as early as 1929. Overall this kind of recording was done for no other purpose than to create a meticulously balanced monaural track, usually made with 2 or 3 channels at the most.

For the release of Sweethearts, (the studio’s first feature film in the then-new three-color Technicolor process), Metro seized on the opportunity to get even more aggressive with their use of multiple microphonic recording techniques, and their experimentation has led to Warner's ability, decades later, to mix these recordings into a true stereophonic environment. As with Naughty Marietta, the listener will hear fascinating banter between Nelson and Jeanette, and experience the incredible amount of minute details all the performers had to attend to as part of such extravagantly produced motion pictures. 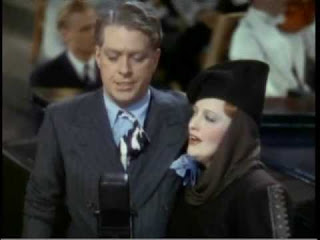 These added features are something unique that only the folks at Warner can offer us. So there you have it...beautiful new prints, far superior than what we've ever seen on TV -- plus additional audio content that is sure to delight collectors. We're hoping the wait is worth it and we're confident viewers will be as excited as we are with these timeless classics.

SOURCE
Posted by David Lobosco at 3:46 AM