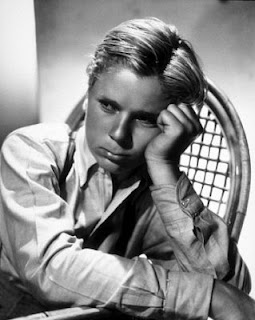 Jackie Cooper, the pug-nosed kid who became America’s Boy in tear-jerker films of the Great Depression, then survived Hollywood’s notorious graveyard of child stardom and flourished as an adult in television and modern pictures, died on Tuesday in Los Angeles. He was 88.

His agent, Ronnie Leif, said Mr. Cooper died in a hospital after a short illness. He had homes in Beverly Hills and Palm Springs, Calif.

Before the heydays of Shirley Temple and Mickey Rooney, young Jackie, a ragged urchin with a pout and a mischievous half-winked eye, was dreaming up schemes in “Our Gang” comedies and Wallace Beery pictures, like “Treasure Island,” that Hollywood churned out for the rialto. As Americans flocked to escapist movies, he made $2,000 a week, toured the nation and hobnobbed with Bing Crosby, Tallulah Bankhead and Joan Crawford. At 9, he became the youngest Oscar nominee for best actor (a record that he still holds), in “Skippy” (1931). He dated Lana Turner and Judy Garland, and spent weekends on the yacht of MGM’s boss, Louis B. Mayer.

By his late teens, though, he seemed washed up, just another fading child star bound for oblivion and the life of drugs, booze and discarded anonymity that became the fate of many of Hollywood’s forgotten children.

But he got into television in the 1950s, starring in the sitcoms “The People’s Choice” and “Hennesey,” and later became an Emmy-winning director of “M*A*S*H” and other hits; was introduced to a new generation of moviegoers as the Daily Planet’s editor, Perry White, in four “Superman” films; and earned his star on Hollywood’s Walk of Fame.

Along the way, he became a Navy musician in World War II and a daredevil race car driver, was married three times and had four children, made and lost fortunes, and drank heavily and underwent psychiatric treatment. He also ran across the father who had deserted him in infancy — and left without saying a word to him.

“Of all the kid stars, I think I came through with more of my buttons intact,” he wrote in his best-selling memoir, “Please Don’t Shoot My Dog” (1981, with Dick Kleiner), titled after a director’s malicious trick to get him to cry for the cameras when he was 9.

“Rooney is doing well now,” he went on, “but only after eight marriages and a lengthy professional dry spell. Judy Garland and her tortured soul are gone. All the kid stars had a tough row to hoe because the public smothered them with so much love, they couldn’t grow up, and after that, they never could find enough love to flourish.” It was a strange life on the borders of fantasy and reality. He was born John Cooper Jr. in Los Angeles on Sept. 15, 1922, the only son of his namesake and the former Mabel Leonard. He never knew his father, a musician who one night said he was going out for cigarettes and never came back.

Over the next few years his childhood consisted of shenanigans with a gaggle of child actors under a $1,300-a-week contract. He appeared in 15 Hal Roach “Our Gang” comedies, including “Teacher’s Pet” and “School’s Out” (both 1930) and “Love Business” (1931).

In 1931 he was lent to Paramount to star in “Skippy,” a tale of a clever boy and his dog, directed by his uncle, Norman Taurog, who got him to cry on camera by having his dog dragged off the set and “shot,” complete with sound effects. Jackie did not win the Academy Award, but he was catapulted to stardom.

“This youthful player gives a truly remarkable portrayal in a film that is endowed with wholesome amusement and affecting tenderness,” Mordaunt Hall applauded in The New York Times. “Master Cooper is extraordinarily natural. He awakens sympathy even when he is not strictly obedient, which, it might be said, is more the rule than the exception.”

Besides “Treasure Island” (1934), in which he played Jim Hawkins to Wallace Beery’s crusty Long John Silver, Jackie teamed with Beery in “The Champ” (1931), about a drunken fighter and his son; “The Bowery” (1933); and “O’Shaughnessy’s Boy” (1935). Fans and Hollywood image-makers called the team magical, but the magic was only celluloid deep. “I really disliked him,” Mr. Cooper said.

There were more Jackie Cooper films, including “That Certain Age” (1938) with Deanna Durbin, and Fritz Lang’s “Return of Frank James” (1940), but most were forgettable. Facing teenage retirement, he joined the Navy and spent part of World War II in the Pacific, drumming in Claude Thornhill’s band.

After the war, acting jobs came sporadically. His skills were rusty for live television. He argued with directors. In 1949 he appeared on Broadway in the comedy “Magnolia Alley,” which flopped, after which he played Ensign Pulver in “Mister Roberts” on the road and, the next year, in London.

After his second divorce, his confidence ebbed and he drank. He also became fascinated with car racing. He was good at it, but realized after a 90-mile-an-hour spin-out in a Ferrari — a narrow escape that left his wife sobbing in the stands — that he was risking too much. He underwent therapy for years.

In the 1950s he appeared on “Lux Video Theater,” “The Philco Television Playhouse,” “The United States Steel Hour” and “Kraft Television Theater” and starred in and occasionally directed two sitcoms. In one, “The People’s Choice,” from 1955 to 1958, he played a politician with a basset hound, Cleo, whose droll thoughts were given voice on the soundtrack; in the other, “Hennesey,” from 1959 to 1962, he played a Navy doctor.

From 1964 to 1969 Mr. Cooper was a production executive for Screen Gems, the TV subsidiary of Columbia Pictures, where he worked on the sitcoms “Bewitched,” “The Donna Reed Show” and “Hazel” and the soap opera “Days of Our Lives.”

He won a directing Emmy in 1974 for “M*A*S*H,” and another in 1979 for “The White Shadow.” He also directed episodes of “McMillan and Wife,” “Quincy,” “The Rockford Files” and other shows. In his four “Superman” films, from 1978 to 1987, it was not hard to see in the aging editor the scrunched-up face of the tow-headed child star.

After retiring, he raised thoroughbred horses and appeared occasionally in Hollywood retrospectives.

In his memoir, he recalled his close encounter with the father who had abandoned him. Driving cross-country in 1951, he stopped at a garage. A mechanic recognized him and said that his father, John Cooper Sr., lived upstairs, had pictures of him and often spoke of him with pride.

“Let me tell him you’re here,” the man suggested.