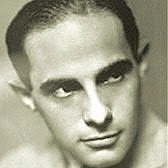 As an addicted fan of the music of the 1930s and 1940s, my all-time favorite lyricist has been Lorenz Hart. I was first introduced to Hart when I watched his fictionalized life story Words And Music (1948) which starred Mickey Rooney as Hart.

The movie is highly fictional, and there are not may facts in the 1948 movie other than the wonderful songs. I read more into Hart's life, an I realized that even though he wrote the words to countless great song, his life was much more sadder than the 1948 movie portrayed.

Hart was born in Harlem, New York on May 2, 1895, the older of two sons, to Jewish immigrant parents, Max M. and Frieda (Isenberg) Hart, of eastern Europe and German descent. A business promoter, his father sent Hart and his brother Teddy to private schools. (His brother Teddy Hart also went into theatre and became a musical comedy star. His wife Dorothy Hart wrote a biography of Lorenz Hart.

Hart attended Columbia University School of Journalism for two years. A friend introduced him to Richard Rodgers, and the two joined forces to write songs for a series of amateur and student productions.

By 1918, Larry Hart was working for the Shubert brothers, partners in theatre, translating German plays into English. In 1919, his and Rodgers' song "Any Old Place With You" was included in the Broadway musical comedy A Lonely Romeo. They were hired to write the score for the 1925 Theatre Guild production, The Garrick Gaieties, which success brought them acclaim. 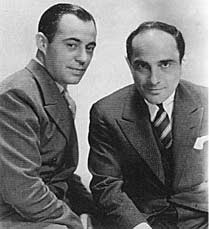 Rodgers and Hart subsequently wrote the music and lyrics for 26 Broadway musicals during a more than 20-year partnership that ended only with Hart's early death. Their "big four" were Babes in Arms, The Boys From Syracuse (the first adaptation of a Shakespeare play for musical theatre), Pal Joey and On Your Toes. The Rodgers and Hart songs have been described as intimate and destined for long lives outside the theater. They created scores for a series of hit shows and made a substantial contribution to the Great American Songbook.

They wrote music and lyrics for several films, including Love Me Tonight (1932), The Phantom President (1932), Hallelujah, I'm a Bum (1933), and Mississippi (1935). However, the duo had a largely unsuccessful turn in movies. For example, their whole score they wrote for Bing Crosby's 1935 Mississippi was virtually cut from the film and only three songs they wrote for the film was used. However, they got paid handsomely for their work in Hollywood.

With their successes, during the Great Depression Hart was earning $60,000 annually, and he became a magnet for many people. He gave numerous large parties. Beginning in 1938, he traveled more often and suffered from his drinking. He was much affected by his mother's death in late April 1943. 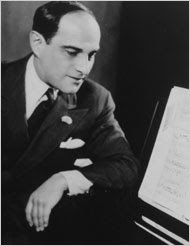 Rodgers and Hart teamed a final time in the fall of 1943 for a revival of A Connecticut Yankee. Hart had taken off the night of the opening and was gone for two days. He was found ill in a hotel room and taken to the hospital, but died in a few days. After Hart's death, Rodgers collaborated with Oscar Hammerstein, with whom earlier that year he had created the hit musical Oklahoma!.

For years Hart was a bachelor and lived with his widowed mother.  As a homosexual, he struggled in a society that discriminated against people of his orientation. Five feet tall, he felt physically unattractive. Such issues likely contributed to his developing alcoholism, as may have a genetic and emotional vulnerability. However, knowing his personal demons, when you listen to his lyrics, it makes them even more touching and sad. He would sometimes disappear for weeks at a time on alcoholic binges. Hart died in New York City of pneumonia from exposure on November 22, 1943 after drinking heavily. He is buried in Mount Zion Cemetery in Queens County, New York.

Hart suffered great emotional turmoil and depression throughout his life. His personal problems were often the cause of friction between him and Rodgers; in fact this led to a brief breakup of their partnership in 1943 before his death. Rodgers then started working with Oscar Hammerstein II. It is not confirmed but it has been said that Richard Rodgers was not very nice to Hart during their collaboration.

Lorenz Hart never seemed to find happiness in life, and even the lyrics he wrote for songs like "My Funny Valentine","Blue Moon" and "Spring Is Here" show an underlining sadness to them. However, Hart's memory lives in in the engaging song he wrote that generations still sing...
Posted by David Lobosco at 3:47 AM