BORN ON THIS DAY: CYD CHARISSE 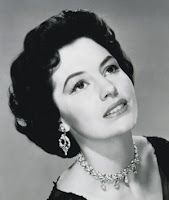 One of the greatest dancers that movie musicals have ever know was born on this day - March 8th in 1922. Her name was Cyd Charisse. Charisse was born as Tula Ellice Finklea in Amarillo, Texas, the daughter of Lela (née Norwood) and Ernest Enos Finklea, Sr., who was a jeweler.Her nickname "Sid" was taken from a sibling trying to say "Sis".(It was later spelled "Cyd" at MGM to give her an air of mystery.) She was a sickly girl who started dancing lessons at six to build up her strength after a bout with polio. At 12, she studied ballet in Los Angeles with Adolph Bolm and Bronislava Nijinska, and at 14, she auditioned for and subsequently danced in the Ballet Russe de Monte Carlo as "Felia Siderova" and, later, "Maria Istomina".

The outbreak of World War II led to the break-up of the company, and when Charisse returned to Los Angeles, David Lichine offered her a dancing role in Gregory Ratoff's Something to Shout About. This brought her to the attention of choreographer Robert Alton — who had also discovered Gene Kelly — and soon she joined the Freed Unit at MGM, where she became the resident MGM ballet dancer.

Charisse was principally celebrated for her on-screen pairings with Fred Astaire and Gene Kelly. She first appeared with Astaire in a brief routine in Ziegfeld Follies (produced in 1944 and released in 1946). Her next appearance with him was as lead female role in The Band Wagon (1953), where she danced with Astaire in the acclaimed "Dancing in the Dark" and "Girl Hunt Ballet" routines. Another early role cast her opposite Judy Garland in the 1946 film The Harvey Girls.

Charisse and Gene Kelly in the "Broadway Melody Ballet" sequence from Singin' in the RainAs Debbie Reynolds was not a trained dancer, Gene Kelly chose Charisse to partner him in the celebrated "Broadway Melody" ballet finale from Singin' in the Rain (1952), and she co-starred with Kelly in 1954's Scottish-themed musical film Brigadoon. She again took the lead female role alongside Kelly in his penultimate MGM musical It's Always Fair Weather (1956).

In 1957, she rejoined Astaire in the film version of Silk Stockings, a musical remake of 1939's Ninotchka, with Charisse taking over Greta Garbo's role. In his autobiography, Astaire paid tribute to Charisse, calling her "beautiful dynamite" and writing: "That Cyd! When you've danced with her you stay danced with." 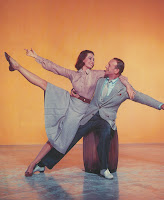 In her autobiography, Charisse reflected on her experience with Astaire and Kelly: "As one of the handful of girls who worked with both of those dance geniuses, I think I can give an honest comparison. In my opinion, Kelly is the more inventive choreographer of the two. Astaire, with Hermes Pan's help, creates fabulous numbers — for himself and his partner. But Kelly can create an entire number for somebody else ... I think, however, that Astaire's coordination is better than Kelly's ... his sense of rhythm is uncanny. Kelly, on the other hand, is the stronger of the two. When he lifts you, he lifts you! ... To sum it up, I'd say they were the two greatest dancing personalities who were ever on screen. But it's like comparing apples and oranges. They're both delicious."

After the decline of the Hollywood musical in the late 1950s, Charisse retired from dancing but continued to appear in film and TV productions from the 1960s through the 1990s. She had a supporting role in "Something's Got To Give", the last, unfinished film of Marilyn Monroe. She made cameo appearances in Blue Mercedes's "I Want To Be Your Property" (1987) and Janet Jackson's "Alright" (1990) music videos.

Her last film appearance was in 1994 in That's Entertainment! III as one of the onscreen narrators of a tribute to the great MGM musical films.

She had two sons, Nico "Nicky" Charisse from her first marriage, and Tony Martin, Jr., born 1950, from her second. One of her daughters-in-law is Liv Lindeland, who was Playboy magazine's Playmate of the Year for 1972. A niece of hers by marriage is actress Nana Visitor.

Charisse wrote a joint biography with Martin (and Dick Kleiner) entitled The Two of Us (1976). She was featured in the 2001 Guinness Book of World Records under "Most Valuable Legs", since a $5 million insurance policy was reportedly accepted on her legs in 1952. MGM was reputed to have insured her legs for a million dollars each, but Charisse later revealed that that had been an invention of the MGM publicity machine. 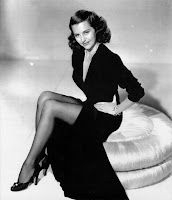 In her eighties, Charisse made occasional public appearances and appeared frequently in documentaries spotlighting the golden age of Hollywood. She made her Broadway debut in 1992 in the musical version of Grand Hotel as the aging ballerina, Elizaveta Grushinskaya.

Charisse was admitted to Cedars-Sinai Medical Center in Los Angeles, California, on June 16, 2008 after suffering an apparent heart attack. She died the following day, aged 86. After her death she was cremated and her ashes were interred on June 22, 2008, at Hillside Memorial Park Cemetery, a Jewish cemetery in Culver City, California...
Posted by David Lobosco at 4:15 AM