THE SON OF PHIL HARRIS 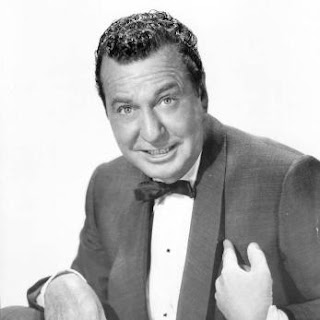 Comedian and bandleader Phil Harris had a long and happy marriage to screen beauty Alice Faye for over fifty years. That marriage produced two daughters as well, but did you know Phil Harris was married before, and he had an adopted son? Here is the brief and forgotten story of Phil Harris Jr.

In 1927, Phil Harris was an up and coming bandleader. The son of two circus performers, Harris's first work as a drummer came when his father, as tent bandleader, hired him to play with the circus band. Harris began his music career as a drummer in San Francisco, forming an orchestra with Carol Lofner in the latter 1920s and starting a long engagement at the St. Francis Hotel. The partnership ended by 1932, and Harris led and sang with his own band, now based in Los Angeles. Phil Harris also played drums in the Henry Halstead Big Band Orchestra during the mid-1920s. Phil met and married Austrailan actress Marcia Ralston in 1927. He was 23 and she was 21. Eight years into the marriage they adopted a newborn son. Ralston was unable to have children. The newborn son, born on March 18,1935,they named Phil Jr did not help the marriage, and they divorced three years later in 1940.

Not much else is known about Phil Harris Jr, and supposedly he went to live with his mother and rarely saw his father. Alice Regan, the daughter of Phil and Alice Faye, said that Phil Jr was a troubled child and adolescence while growing up, and he did not straighten up until he got older.

There is a story I discovered about Phil Jr from September 5, 1950 when he was 15. Phil Jr. was picked up in the lobby of a San Francisco hotel at 3 a.m. after he disappeared from St. Mary’s College High School in Albany. Although he disappeared from school late Monday, news of the disappearance was not made public until the boy was found in the lobby of the Sir Francis Drake Hotel in San Francisco by San Francisco police and juvenile officers. According to Upton, Harris Sr, enrolled his son in the school at Hopkins Court and Albina Avenue Monday and the two then went to see the sights in San Francisco. They returned to the school late in the afternoon and had dinner. Harris then returned to San Francisco. A short time after he arrived at the Sir Francis Drake Hotel, school authorities notified him his son had disappeared. The father notified Oakland and Berkeley authorities and decided to remain in San Francisco to await news. When his son had not been found yesterday, he surmised that the boy may have decided to go back to Southern California and took a train for his home in Encino. Upton said young Harris told him he ran away “just on an impulse,” and had gone to movies and slept in hotel lobbies since he disappeared. He had about $5 in change in his pockets when officers found him in the morning. 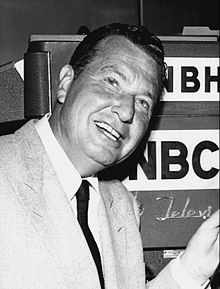 I also came in contact with someone that worked with Phil Harris Jr while I was doing my research. He had this to say about the forgotten offspring: "I worked with Phil Harris Junior for many years. He was an Air Traffic Controller. I know he worked at Denver, but I worked with him for many years at the Fort Worth Air Route Traffic Control Center. He was a manager there, then worked with new systems. We worked many project together till all hours and used to eat together. I enjoyed working with him, but he was a character. Then he went to be the assistant manager at New York, but later returned to Fort Worth and I once again worked with him. He didn't talk about his father ever, but did mention being with his mother when he was pretty young. She was doing a part and everyone brought him ice cream and other goodies. He had two children, both girls. He married a second time, then retired. He died while on vacation. I think he was is Ireland at the time. I was glad he was happily married and enjoying himeself. He could be hard to work with at times, but we worked well together and I miss him."

Phil Harris Jr's mother Marcia Ralston died in 1988 at the age of 82. Phil Sr died in 1995 at the age of 91. Phil Jr himself died in on March 13 2001, five days before his 66th birthday of a sudden heart attack. Survivors included his wife, Joan C. Harris; daughters and sons-in-law,Catherine and Keith Kupiec of Carrollton and Deborah and BrentAnderson of Fort Worth; sisters, Phyllis Middleton of Arcadia, Mo.and Alice Reagan of New Orleans, La.; and grandchildren, Tiffany and Sean Kupiec and Danielle Anderson.

At the time, as an employee of the FAA, he was working on a joint project with NASA building a research center near DFW Airport in the Dallas-Fort Worth area. That building was completed and has been dedicated to the memory of Phil Harris, Jr! His wife Joan and his daughters were at the dedication in 2004.

Hopefully even though Phil Jr was forgotten to the public, hopefully in his private life he found peace, success, and prosperity that every offspring of a child deserves...

WRITER'S NOTE: I tried for months to find a picture of Phil Harris Jr, but I have had no luck. If someone finds a picture, please send it on to me. Thanks!

Posted by David Lobosco at 3:38 AM