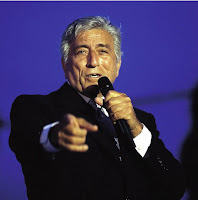 Tony Bennett came up during the glory days of standards singing, when the radio was filled with distinction. Performers such as Frank Sinatra, Rosemary Clooney, Dean Martin, Ella Fitzgerald, Bing Crosby and Dinah Washington joined Bennett in defining an art form throughout the 1940s and '50s.

They gleefully tackled the Great American Songbook, which was bursting with classics and still growing. “In Other Words,” “My Funny Valentine,” “All of Me,” “I Fall in Love Too Easily,” “Someone to Watch Over Me” — legendary songs by writers whose celebrity rivaled that of the singers.

Now Bennett is the last man standing from those vibrant days, and at 84 he is a walking master class in the art of the song. And the man known for his generous spirit doesn't mind sharing what he's learned.

Bennett, who performs Friday at The Kentucky Center's Whitney Hall, is in the middle of recording “Duets 2,” a follow-up to 2006's “Duets: An American Classic,” the highest-charting album of Bennett's 62-year career.
He'll be joined by the likes of Josh Groban, Carrie Underwood, k.d. lang, Amy Winehouse and Michael Buble, and while Bennett would certainly never say so, they've all been the second-best singers in the studio. Not only does he retain a powerhouse voice that's instantly recognizable, but his performances are imbued with a mind-blowing joy.

“A lot of the artists ask me how I have been able to keep recording for so long,” Bennett said, “and I tell them to stay healthy and always remember to entertain the audience, which sounds simple but it's easy to forget that sometimes.” 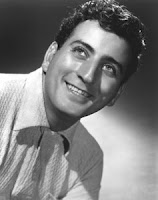 Bennett has rarely strayed from the path he chose in 1949, when he recorded his first sides under the name Joe Bari. Bob Hope gave the singer an early break, taking him on the road as an opening act, and also suggested shortening his given name, Anthony Benedetto, to Tony Bennett.
Within a year, Bennett had his first No. 1 hit with “Because of You” and quickly became a strong rival to fellow Italian-American singers Perry Como, Jerry Vale, Martin and Sinatra, who once declared Bennett to be the best of them all.

Bennett ruled the pop charts, and when Elvis Presley changed the landscape he further embraced jazz, working with pianist Ralph Sharon and releasing the classic “The Beat of My Heart” to begin the second phase of his career. He was the first male pop singer to record with Count Basie, and he still managed to appear on the pop charts, scoring an international hit with 1962's “I Left My Heart in San Francisco.” 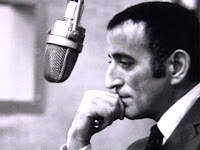 Even Bennett couldn't compete with changes wrought by the rise of The Beatles. By the latter part of the 1960s, he had become part of the establishment and had largely fallen out of favor. The sole attempt to update his song choices, “Tony Sings the Great Hits of Today!,” was such a bad idea that Bennett famously became ill at the recording sessions.

Bennett is today's most staunch proponent of the Great American Songbook, which began in the 1920s and includes work by Jerome Kern, Irving Berlin, George Gershwin, Richard Rodgers, Cole Porter and Harold Arlen. Even when recording with younger singers from other genres, the GAS is Bennett's source code.

“The Great American Songbook is one of the finest contributions that our country has given to the world,” Bennett said. “It is a treasure trove of songs that were crafted by the masters … and it will eventually become our classical music.

Since Bennett's resurgence in the 1980s, following a string of bad investments and worse decisions, including a cocaine addiction, he has come to single-handedly represent one of the greatest eras of American popular music.

His concerts, most often performed with a small jazz combo, are marvels of warmth, technique and sweet-natured humor.

Bennett, who is also a celebrated painter and humanitarian with the nickname “Tony Benefit,” never fails to deliver at least a few astonishing moments during each show — which is remarkable when you consider that he's performed some songs for more than six decades. 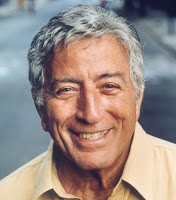 “Each time I perform a song, I try to sing as if it's for the very first time, and I think working with a jazz quartet every night reinforces the spontaneity so that each performance is a little different,” he said. “With jazz musicians, they are always improvising so that as a singer you work with that approach as well, and I love it, as it keeps the shows very fresh, very immediate.”

SOURCE
Posted by David Lobosco at 6:10 AM