THE TRAGEDY OF AUNT EM

Looking back 72 years on the film THE WIZARD OF OZ, many people would say that Judy Garland had the most tragic and sad life of the cast, and rightfully so. However, Clara Blandick, Judy's Aunt Em in the movie, probably had one of the sadest endings for anyone in that legendary cast.

Clara Blandick was born in 1880 and grew up in Boston. By 1900 she began pursuing acting as a career. Her first professional appearance came in 1901, when she was cast as Jehanneton in the play If I Were King, which ran for 56 performances at Garden Theatre (an early component of Madison Square Garden). She achieved acclaim for her role in The Christian and was described by newspaper critics as a "dainty, petite, and graceful" heroine.

In 1903 she played Gwendolyn in the Broadway premiere of E. W. Hornung's Raffles The Amateur Cracksman opposite Kyrle Bellew. She started in pictures with the Old Kalem company in 1908 and made a number of appearances like in The Maid's Double in 1911. Blandick finally broke onto Broadway in 1912, when she was cast as Dolores Pennington in Widow By Proxy which ran for 88 performances through early 1913 at George M. Cohan's Theatre on Broadway. During this same period she appeared on stages throughout the Northeastern United States as a member of Sylvester Poli's stock theater company, The Poli Players.

She would continue to achieve success on the stage, playing a number of starring roles, including the lead in Madame Butterfly. By 1914 she was reappearing on the silver screen, this time as Emily Mason in the film Mrs. Black is Back. In 1924, she earned rave reviews for her supporting role in the Pulitzer Prize winning play Hell-Bent Fer Heaven, which ran for 122 performances at the Klaw Theatre in New York (later renamed CBS Radio Playhouse No. 2).

In 1929, Blandick moved to Hollywood. By the 1930s, she was well-known in theatrical and film circles as an established supporting actress. Though she landed roles like Aunt Polly in the 1930 film Tom Sawyer (a role she reprised in the 1931 film Huckleberry Finn), she spent much of the decade as a character actor, often going uncredited. At a time when many actors were permanently attached to a single studio, Blandick played a wide number of bit parts for almost every major Hollywood studio (though she would later be under contract with 20th Century Fox). In 1930, she acted in nine different films. In 1931 she was in thirteen different films. As is the case with some other busy character actors, it's impossible to make an exact tally of the films in which Clara appeared. A reasonable estimate would fall between 150 and 200. 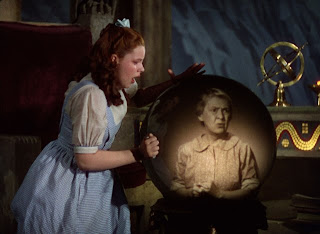 Blandick landed her most memorable minor role yet — Auntie Em in MGM's classic The Wizard of Oz. Though it was a small part (Blandick filmed all her scenes in a single week), the character was an important symbol of protagonist Dorothy's quest to return home to her beloved aunt and uncle – a snipe at people who revere glitz and tinsel over a happy homelife. (Auntie Em and Uncle Henry are the only characters from the beginning of the movie not to have alter ego characters in the Land Of Oz). Blandick beat out May Robson, Janet Beecher, and Sarah Padden for the role, and earned $750 per week. Some believed Auntie Em's alter ego was to be the Good Witch of the North but opted to use different actresses for each role rather than have a dual role for this. The reason was they wanted someone younger looking to contrast the good witch from the bad witches. Ironically, Billie Burke, who played the Witch of the North, was only 4 years younger than Blandick. Though the Auntie Em character proved memorable to audiences, few fans knew Blandick's name. She was not billed in the opening credits and is listed last in the movie's closing credits.

After The Wizard of Oz, Blandick returned to her staple of character acting in supporting and bit roles. She would continue to act in a wide variety of roles in dozens of films. She played the spiteful Mrs. Pringle in 1940s Anne of Windy Poplars, a surprised customer in the 1941 Marx Brothers film The Big Store, Bing Crosby's mother in law in Dixie in 1943, a fashionable socialite in the 1944 musical Can't Help Singing, and a cold-blooded murderer in the 1947 mystery Philo Vance Returns. Her final two roles both came in 1950 – playing a housekeeper and a landlady in Key to the City and Love That Brute respectively.

Throughout the 1950s, Blandick's health steadily began to fail. She started going blind and began suffering from severe arthritis. On April 15, 1962, she returned home from Palm Sunday services at her church. She began rearranging her room, placing her favorite photos and memorabilia in prominent places. She laid out her resume and a collection of press clippings from her lengthy career. She dressed immaculately, in an elegant royal blue dressing gown. Then, with her hair properly styled, she took an overdose of sleeping pills. She lay down on a couch, covered herself with a gold blanket over her shoulders, and tied a plastic bag over her head. Clara left the following note: “I am now about to make the great adventure. I cannot endure this agonizing pain any longer. It is all over my body. Neither can I face the impending blindness. I pray the Lord my soul to take. Amen.”

Her landlady, Helen Mason, found her body Sunday morning. In preparing to die, Clara had disposed of all her medicines the previous week. She told James Busch, a friend for many years, that they might be discovered if anything happened to her. Blandick was survived by a niece, Mrs. Catherine Hopkins, of Camarillo, California. The actress was married December 7, 1905, in Manhattan, to mining engineer Harry Staunton Elliott. They separated by 1910, and are said to have divorced in 1912. They had no children.

Sadly, for stars like Judy Garland and Clara Blandick there was no sunshine over the rainbow after THE WIZARD OF OZ... 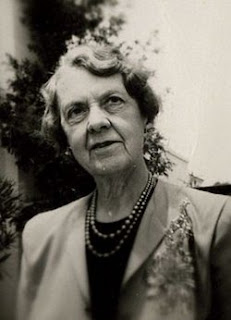