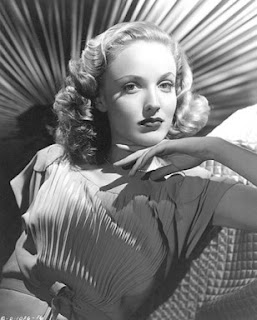 CHAPEL HILL -- Once a Hollywood star and model known for her incredible beauty, Georgia Carroll Kyser is being remembered in Chapel Hill for her devotion to her family, the historic preservation of Chapel Hill and being a passionate supporter of the arts.

Mrs. Kyser died Friday at the age of 91 in Chapel Hill.

The family has planned a memorial service for Jan. 30 at 3 p.m. at Gerrard Hall on the campus of the University of North Carolina at Chapel Hill, followed by a reception next door at Memorial Hall.

Gerrard Hall has special meaning for the family, which expects the memorial to be a celebration of her life.

"My father started his orchestra there in the 1920s," said daughter Kimberly Kyser. "When he passed away, we had his memorial in the hall."

Mrs. Kyser's husband, Kay Kyser, was a big band leader in the 1930s and 1940s who later went on to become the honorary president of the Christian Science Church. He died in 1985.

Mr. and Mrs. Kyser, as individuals and as a couple, rose to fame and lived a glamorous life in Hollywood, traveling around the world, playing music and appearing in films.

Mrs. Kyser became locally famous in Dallas, Texas, as a child, and at the age of 16 she was the model for "The Spirit of Centennial Statue" at the 1936 Texas Centennial Exposition. The statue still stands in front of the Dallas Women's Museum.

She was drop-dead gorgeous, said Ernest Dollar, director of the Chapel Hill Preservation Society, which Mrs. Kyser founded along with Ida Friday, whose husband, Bill Friday, became the president of the University of North Carolina.

"She held on to her beauty up until the day she died," Dollar said.

But her life during the golden days of Hollywood took a sharp turn when her husband decided to quit the entertainment business in the early 1950s and move back to sleepy Chapel Hill, where he had attended the University of North Carolina.

"I wouldn't say it was love at first sight," said Kimberly Kyser. "She was very young and left a big scene. This was not what she signed up for."

"After the initial shock, I know she probably came to love it," Dollar said. "It was a wonderful town to raise her children, and I think she probably just fell in love with it."

The Kysers lived near the Fridays, and their children played, swam and grew up together, and the two women became close and dear friends, Dollar said.

Mrs. Kyser, who hadn't had a chance to go to college because her modeling career started at such a young age, decided to obtain a college degree in studio art after they moved to Chapel Hill, Kimberly Kyser said.

"She took one course at a time and finished," Kimberly Kyser said. "It took 20 years, but she did it."

The Kyser family traveled quite a bit, and when Mrs. Kyser saw the way the old European cities had preserved their old buildings and neighborhoods, she became interested in doing the same in Chapel Hill, according to her daughter.

In the 1970s, some people in town thought Chapel Hill looked old fashioned and needed to get rid of some of its old buildings and replace them with newer and more modern ones.

That's when Mrs. Kyser and Ida Friday became interested in saving novelist Betty Smith's house at the corner of East Rosemary and Hillsborough streets, and the two women founded and organized the Chapel Hill Preservation Society.

"I think Georgia founding the preservation society and being interested in Chapel Hill was her lasting gift to Chapel Hill," Dollar said.

Mrs. Kyser also supported the Carolina Performing Arts through the family's foundation and was passionate about the N.C. Symphony and the N.C. Ballet.

Known as "Mamo" by her five grandchildren and close friends, she had three daughters. Kimberly Kyser is a resident of Chapel Hill, and her youngest, Amanda, lives in Sag Harbor, N.Y. Carroll, her middle daughter, passed away in 1993.

Posted by David Lobosco at 7:40 AM