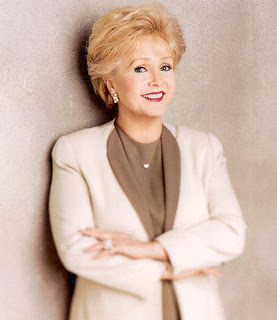 Debbie Reynolds is holding an auction of her immense collection of Hollywood memorabilia on June 18.

Debbie Reynolds glad Elizabeth Taylor is no longer in pain. The actress spent 50 years accumulating and preserving her collection of costumes and items featured in classic films from Hollywood's golden age in hopes of one day opening a museum.

"That's kind of sad because for 40 years, Debbie has tried relentlessly to open up a museum, and you know what? No one ever came to her rescue," Joseph Maddalena, president of the auction company Profiles in History, told OnTheRedCarpet.com special correspondent George Pennacchio of KABC Television. "She is going on 80 and she says she is done."

Profiles in History will be holding the auction over 10 days, beginning on June 18. The items have already garnered interest from around the world. The auction catalog can be downloaded on the company's website.

Some of the items going up for auction include a test pair of Judy Garland's ruby slippers from "The Wizard of Oz," Charlie Chaplin's bowler hat and the iconic white dress Marilyn Monroe wore in "The Seven Year Itch," which is expected to fetch up to $2 million. 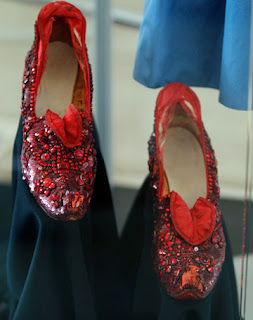 "This represents what's left of Hollywood," Maddalena said. "If it wasn't for Debbie saving these things, there would be nothing left of the history of Hollywood. She literally saved the past."

The collection will be on display for free through June 17 at the Paley Center for Media in Beverly Hills, California.

Reynolds starred in classic films such as "Singin' in the Rain" in 1952 and "The Unsinkable Molly Brown" in 1964. She also played Bobbi Adler on the comedy series "Will & Grace" and voiced Nana Possible on the animated series "Kim Possible" several years ago.

The actress was married to actor Eddie Fisher until 1959, when he went on to marry her friend Elizabeth Taylor, who died in March.

She and Fisher, who died last year at age 82, have a son, Todd Fisher, and daughter, "Star Wars" actress Carrie Fisher.

SOURCE
Posted by David Lobosco at 3:43 AM