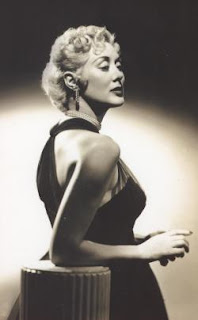 The death of Celia Lipton was brought to my attention by blog reader Richard Baker. Like many artists in the United States, the obituary largely went unnoticed...

Celia Lipton, who died on March 11 aged 87, was a child star, known as the “British Judy Garland”, who went on to become a Forces sweetheart in the Second World War; later she gave up a successful stage career to marry the American inventor and industrialist Victor Farris and became the acknowledged 'Queen of Palm Beach society’.

Like any society hostess and former actress Celia Lipton was always vague about her age and was furious when a magazine obtained a copy of her birth certificate, showing that Celia May Lipton was born on Christmas Day 1923, at 73 Leamington Terrace, Edinburgh. Her father was an English violinist, Sidney John Lipton — as Sydney Lipton he would become one of Britain’s top bandleaders; her mother was May Johnston Parker, a dancer, singer and noted Scottish beauty.

When Celia was eight, her father formed his own band and took it to the Grosvenor House Hotel in Park Lane, where he was to remain for 35 years. Enthralled by watching the singers and chorus girls at the hotel putting on their make-up and diamonds to go on stage, Celia determined to go into showbusiness. Her chance came when, aged about 10, she spotted an advertisement asking for a Judy Garland sound-alike to play the lead in a BBC radio production of Babes In the Wood. Determined to get the part, she perfected Garland’s lisp and breathy singing style. When her parents refused to let her audition, she set off on her own and secured the part.

When the Second World War broke out, her father joined up as a private and was away from the family for seven years. As a result Celia became the family breadwinner. She sang to 2,000 troops at the Albert Hall, to severely disfigured men at the burns unit in East Grinstead, to the forces on the European front and at RAF hangars across the country, becoming known for Maybe It’s Because I’m A Londoner and You’ve Got Your Own Life To Live. With her mother as chaperone she toured Britain.

Her greatest triumphs, though, were her appearances as Peter Pan at the Scala Theatre, Tottenham Court Road, in 1943 and 1944 (the “best ever seen in a London theatre” according to one critic), and in Lionel Monckton’s 1944 revival of the light opera, The Quaker Girl, when she stepped in for Jessie Matthews at the last moment and received a dozen curtain calls on opening night at the Coliseum.

After the war Celia Lipton travelled to Paris and then the French Riviera where, on one occasion, she met the young Prince Philip of Greece, who offered to escort her to the casino in Cannes. “I asked him how we were going to get there and he said he’d borrowed a man’s bike and he put me on the back of it,” she recalled in 2004. “My dress kept catching in the back of the bike. I was lucky since I got to dance with him. He was an exceptionally good dancer.” 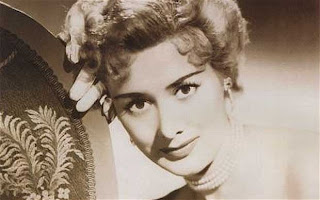 She also launched herself on a film career. After making her debut supporting John Bentley and Dinah Sheridan in Calling Paul Temple (1948), she appeared opposite Sonia Dresdel and Walter Fitzgerald in the adaptation of Joan Morgan’s novel, This Was A Woman (1948) and played Sandra in Terrence Young’s melodrama The Frightened Bride (1952).

In 1952 Celia Lipton moved to New York, where she joined the all-star revue, John Murray Anderson’s Almanac (1953-54) at the Imperial Theatre, Broadway, and appeared as Esmeralda to Robert Ellenstein’s Quasimodo in a television version of The Hunchback of Notre Dame (1954).

While in New York, she met Victor Farris. “I was returning some books to a friend and there was a man up on a ladder fixing a fan – my future husband,” she recalled. At first she thought he was a plumber and then, maybe, a member of the Mafia. In fact he owned 17 companies, was the inventor of the paper milk carton, the paper clip and the Farris Safety and Relief Valve, still used in shipping, oil and chemical industries. He was also a millionaire many times over. The couple wed in 1956, with Celia giving up showbusiness to devote herself to married life in New Jersey and, later, Florida.

Although the marriage was not without its difficulties — her relationship with her husband was sometimes volatile and Celia suffered ten miscarriages and gave birth prematurely to two babies who both died within a week — it was a happy one. At their sumptuous mansion in Palm Beach, once owned by the Vanderbilts, Celia became a leading society hostess.

When Victor Farris died of a heart attack in 1985, closely followed by her parents, Celia’s life altered dramatically again. Her husband had left her his £100 million fortune (an amount she more than doubled through shrewd investments over subsequent years), and she embarked on a new phase of her life as a philanthropist and charity fundraiser. “There are a lot of silly, socially competitive, frivolous women in this town who gossip, go out to lunch every day and dinner every night and that’s it,” she observed. “I’m delighted that I know what hard work is and proud of my Scottish mother and the good Scottish common sense she taught me.”

A convert to Catholicism, she raised large sums for the Salvation Army, the American Heart Association and cancer research charities. At a time when the disease was taboo she was one of the first big private benefactors of Aids research. Other beneficiaries included the National Trust for Scotland, the Great Ormond Street Children’s Hospital, the American Red Cross, the Prince’s Trust and the Duke of Edinburgh Trust.

In addition she became Executive Producer of the American Cinema Awards in Hollywood (which raises funds for actors who have fallen on hard times); sang before the Queen at the 50th anniversary of VE Day in Hyde Park, made a brief screen comeback with Burt Reynolds in BL Stryker (1989-1990), and released a series of her own, self-financed, CDs. In 2008, she published her autobiography My Three Lives.

In her autobiography Celia Lipton related that she was “honoured to receive a letter informing me that Her Majesty Queen Elizabeth had appointed me a Dame”, conveying the impression that she had been created DBE. In fact, in 2004 she was named a Dame of Grace of the Most Venerable Order of the Hospital of St John of Jerusalem, entitling her to place the letters D St J after her name. Nonetheless she headed her personal notepaper, Dame Celia Lipton Farris, and, in America, was announced by that style on social occasions.

She is survived by two adopted daughters.
Posted by David Lobosco at 4:50 AM