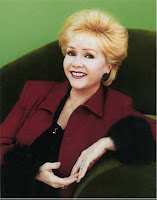 Debbie Reynolds has been a star for 60 years -- in nearly every show-business medium -- but the performer has grown used to people focusing on her off-stage life when she does a question-and-answer session at a public appearance.

"They always want to know how I forgave Elizabeth (Taylor) and they ask if I'm getting along with (daughter) Carrie (Fisher). They might ask me to sing `Tammy,' too," Reynolds said, chuckling, during a phone interview from her Los Angeles home last week.

"The gossip comes before the work. But that's always true in a movie star's life," the actress added.

On Sunday, April 10, Connecticut fans will have a chance to meet and question the 79-year-old star when she appears at the Edgerton Center on the campus of Sacred Heart University in Fairfield.

The evening will include clips from an amazing film career that began in the 1950s with such classics as "Singin' in the Rain," soared through the 1960s with hits like "The Unsinkable Molly Brown" (for which Reynolds was Oscar-nominated) and continues with select acting jobs, such as the forthcoming Katherine Heigl comedy "One for the Money."

The star will do an onstage "Inside the Actors Studio"-style interview with Jerry Goehring, executive director of the Edgerton Center, and then field questions from the audience.

Reynolds believes she has always had the big advantage of being a performer the public simply likes.

"They treat me the way they would an aunt or a sister because they know my whole personal life. It's always been exposed. People tend to want to protect me.

"I think I've traveled to a different state every month of my life for 65 years and I've never met a stranger. When I meet new people they're like family, so I never consider their questions rude," she said.

A few days before we talked, Reynolds did a lot of TV interviews following the death of Taylor in which she spoke about how they had healed their rift many years ago (after then-husband Eddie Fisher left Reynolds for Taylor in one of the great tabloid events of the late 1950s). 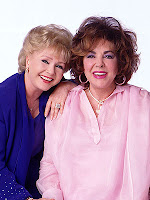 Reynolds said she is surprised that people are surprised she could forgive Taylor.

"You have a choice in life to hold on to something or move on. If you have any intelligence at all, when a man moves on you have to let him go," she said.

As for Taylor being the woman who "stole" Fisher from Reynolds, the star said, "You can entice a man all you want, but if that man loves his wife, he might have a fling, but he'll come back. That was not the case in my situation.

"You have to grow up," she said of accepting the unpleasant hands life deals you. "It takes some experience but you just have to get over it and move along."

As a young contract player at MGM in the 1950s, Reynolds often had to swallow her pride and simply go to work despite knowing that some of her directors weren't too crazy about being forced to use the actress. 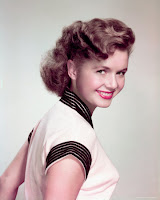 Early on, Reynolds showed the ability to play drama -- as well as comedy and musicals -- when she held her own opposite Bette Davis and Ernest Borgnine in the 1956 Paddy Chayefsky-scripted, Bronx-set story, "The Catered Affair."

"I was lucky to get to do it because the director didn't want me in it," she said of Richard Brooks. "Bette and Ernie were the ones who really directed me," Reynolds added. "(The director) just kept calling me `Miss Hollywood.' "

One of Reynolds' best pictures of the 1960s was the acerbic comedy "Divorce American Style" (1967), in which she co-starred with Dick Van Dyke and Jason Robards. It was a sophisticated treatment of marriage and divorce that paved the way to even more daring films such as "Bob & Carol & Ted & Alice" two years later.

"I don't know why he didn't want me, but I had to read for him. Dick Van Dyke and everyone else were happy with me, but he (Yorkin) didn't think I understood (the material) until after the rushes started to come in."

Today, Reynolds faces a very difficult decision in her life -- auctioning off the mammoth collection of movie memorabilia she has been storing away.

The collection began with Reynolds stepping in and purchasing the MGM holdings that were about to be dumped in 1970 -- when new management at the studio decided to divest itself 0f its own history -- and continued with other important finds (ranging from Marilyn Monroe's "subway dress" in "The Seven Year Itch" through set pieces from "Cleopatra").

Valued at more than $20 million, the collection was always intended to go to a museum devoted to Hollywood history, but that didn't happen.

"It was a very hard decision, but I could never get the industry in back of it," the star said.

Reynolds began to choke up as she talked about the Los Angeles auction coming up in June.

"I'm just trying to get through it ... but I know that I have to open another door and walk another path."

SOURCE
Posted by David Lobosco at 5:37 AM