BORN ON THIS DAY: ARTIE SHAW 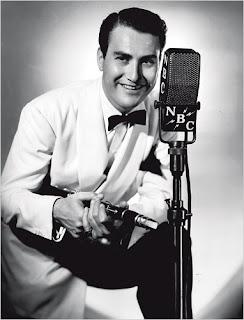 I love big band music, and one of the giants of that era was Artie Shaw. Shaw was such a tortured soul in his life, and he sabotaged a lot of his career. He was like the Marlon Brando of jazz. Artie was born on this day in 1910. Born in New York City, Arthur Jacob Arshawsky was the son of Sarah (née Strauss) and Harry Arshawsky, a dressmaker and photographer. The family was Jewish; his father was from Russia, his mother from Austria. Shaw grew up in New Haven, Connecticut where his natural introversion was deepened by local antisemitism. Shaw bought a saxophone by working in a grocery store and began learning the saxophone at 13. At 16, he switched to the clarinet and left home to tour with a band.

Returning to New York, he became a session musician through the early 1930s. From 1925–36, Shaw performed with many bands and orchestras; from 1926 to 1929, he worked in Cleveland and established a lasting reputation as music director and arranger for an orchestra led by the violinist Austin Wylie. In 1929 and 1930, he played with Irving Aaronson's Commanders, where he was exposed to symphonic music, which he would later incorporate in his arrangements. In 1932, Shaw joined the Roger Wolfe Kahn Orchestra and made several recordings with the outfit including "It Don't Mean a Thing (If It Ain't Got That Swing)" and "Fit as a Fiddle". 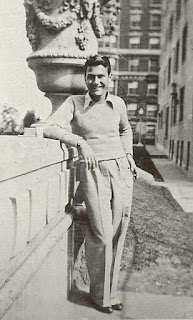 In 1935, he first gained attention with his "Interlude in B-flat" at a swing concert at the Imperial Theater in New York. During the swing era, his big bands were popular with hits like "Begin the Beguine" (1938), "Stardust" (with a trumpet solo by Billy Butterfield), "Back Bay Shuffle", "Moonglow", "Rosalie" and "Frenesi". The show was well received, but forced to dissolve in 1937 because his band's sound was not commercial. Shaw valued experimental and innovative music rather over dancing and love songs.

He was an innovator in the big band idiom, using unusual instrumentation; "Interlude in B-flat", where he was backed with only a rhythm section and a string quartet, was one of the earliest examples of what would be later dubbed Third Stream. His incorporation of stringed instruments could be attributed to the influence of classical composer Igor Stravinsky.

In addition to hiring Buddy Rich, he signed Billie Holiday as his band's vocalist in 1938, becoming the first white band leader to hire a full-time black female singer to tour the segregated Southern U.S. However, after recording "Any Old Time", Holiday left the band due to hostility from audiences in the South, as well as from music company executives who wanted a more "mainstream" singer.

After creating and disbanding many orchestras in the 1940s and 1950s, Shaw quit performing in 1954. He recreated his band in 1983, but he did not perform. He would just make appearances with the orchestra. Artie Shaw died in 2004 at the advanced age of 94... 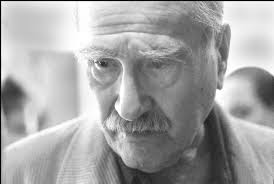