JOHN WAYNE AND HIS RACIST BELIEFS 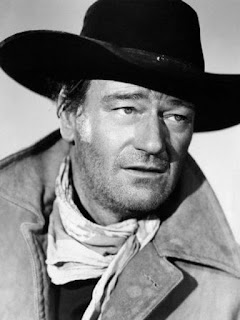 A resurfaced interview of John Wayne, in which the late movie star said he "believes in white supremacy" and called Native Americans "selfish," has gone viral on Twitter, prompting discussion about how to best examine offensive public statements made in past generations.

Screenwriter Matt Williams tweeted a series of quotes by the iconic actor after reading the Playboy interview, which ran in May 1971: "John Wayne was a straight up piece of s--t," he wrote. The tweet quickly racked up more than 21,000 favorites and thousands of comments.

In one excerpt, Wayne says that there's "quite a bit of resentment" among "blacks," musing, "But we can't all of a sudden get down on our knees and turn everything over to the leadership of the blacks. I believe in white supremacy until the blacks are educated to a point of responsibility."

On the subject of Native Americans, Wayne spoke just as candidly: "I don't feel we did wrong in taking this great country away from them," he said, later asserting that they should buy the land back if they still want it. "I think we ought to make a deal with the Indians. They should pay as much for Alcatraz as we paid them for Manhattan. I hope they haven't been careless with their wampum." 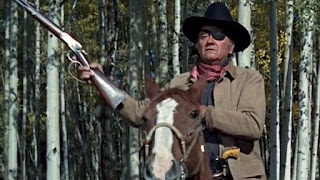 "I don't know why the government should give them something that it wouldn't give me," he added in reference to reparations.

Wayne also dismissed criticism of low employment of black people in Hollywood, saying he's done his fair share to rectify the issue. "I've directed two pictures and I gave blacks their proper position. I had a black slave in 'The Alamo,' and I had a number of blacks in 'The Green Berets,'" he said. "I think the Hollywood studios are carrying their tokenism a little too far."

Many of Wayne's anger is directed at the generation under him. Somewhat amusingly, already in his late 60s at the time of the interview, Wayne blasted the "youths" who, today, are now in their 60s and 70s themselves: "The American public is getting sick and tired of what these young people are doing," he said. 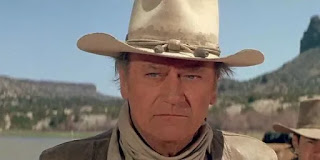 In addition to African-Americans, Native Americans and young people, Wayne took issue with liberals, the news media and critics of the Vietnam War. While many of his statements are blatantly dated, others are relatively reflective of the current political landscape more than four decades later.
While some are coming to the defense of the late actor, who died in 1979, others are less sympathetic.

"You start reading 40-50 year old interviews and you’re not going to like what a lot of famous people said about society." one reader said. In response, another pointed out, "The interviewer was clearly not liking it at the time, so maybe it's not a matter of decade but basic human decency."

Wayne starred in more than 170 films between 1926 and 1977, bringing more people to the box office than any other actor besides Clark Gable... 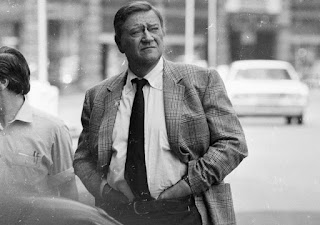