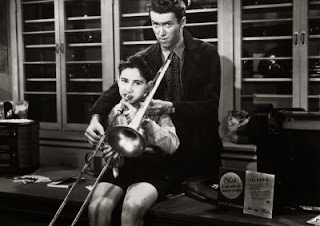 When you think of the wealth of movies that Jimmy Stewart made in his career, you do not consider him a musical star. Anyone who has ever heard him sing would agree with me. However, Jimmy Stewart dimake a handful of musicals during his long and illustrious career which spanned decades. Most of them however we not that well received.

After debuting in a forgotten Spencer Tracy film The Murder Man in 1935, Stewart's next movie was a musical - Rose Marie (1936). The movie was an adaptation of the stage operetta and a starring vehicle for Jeanette MacDonald and Nelson Eddy. Stewart plays the second male lead that tries to steal MacDonald away from Eddy. Jimmy did not sing in this film, but Nelson and Jeanette would introduce the song "Indian Love Call" in the movie. It would be the duo's signature song. 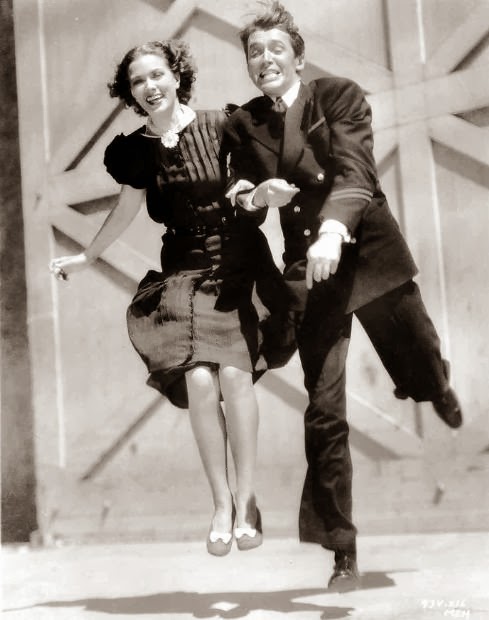 MGM still had no clue what to do with Stewart so they stuck him in another musical right after. In Born To Dance (1936) he was paired with the beautiful Eleanor Powell. The musical score was done by the great Cole Porter, and Stewart was even given the task of introducing the Porter classic "Easy To Love". His voice brought tears to my eyes and not in a good way. Even in the 1974 documentary That's Entertainment Stewart poked fun and his attempt at singing. Thank goodness Eleanor Powell's tap dancing and the Cole Porter score took made audiences forget Stewart's vocal inadequacy.

By the late 1930s, Jimmy Stewart was making a mark for himself as the "every man" of film. His films like You Can't Take It With You and Mr Smith Goes To Washington cemented Stewart's place as a great leading man. However, in 1941 Stewart appeared in two musicals. For the horrible film Pot O Gold, Jimmy was loaned out to United Artists, a studio not known for great musicals. The movie was an adaptation of a popular radio show of the time. The film tells of a couple (Stewart and Paulette Goddard) romantically involved despite family feuds. Stewart and Goddard both were not singers so the musical part of the movie came from Horace Heidt and His Orchestra. Pot O Gold was a bomb, and Stewart later referred to the film as the worst one he ever appeared in. 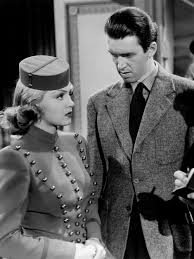 The other musical Stewart appeared in in 1941 was MGM's lavish musical Ziegfeld Girl. Set in the 1920s, the film tells the parallel stories of three women who become performers in the renowned Broadway show the Ziegfeld Follies. Stewart had no musical numbers in the film. He was the main male lead, playing the boyfriend of a tortured Ziegfeld girl (Lana Turner). Stewart did not need to sing in this film, because it also had the talented musical stars Judy Garland and Tony Martin to make the film one of the best musicals of 1941.

In the 1940s Jimmy steered clear of the musical genre. Other than a humorous song he sang on Bing Crosby's radio show in the late 1940s, Jimmy stayed away from the musical. However, he did make one more musical of note. Not only was it his most profitable musical, but it was one of the greatest musicals of the 1950s. Stewart portrayed big band leader Glenn Miller in The Glenn Miller Story (1954). The film follows big band leader Glenn Miller (1904–1944) (James Stewart) from his early days in the music business in 1929 through to his 1944 death when the airplane he was flying in was lost over the English Channel during World War II. Prominent placement in the film is given to Miller's courtship and marriage to Helen Burger (June Allyson), and various cameos by actual musicians who were colleagues of Miller. Upon release in 1954, The Glenn Miller Story was massively successful at the box office. 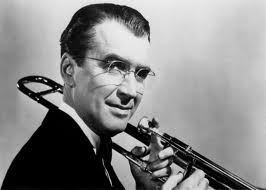 In 1954, the film was nominated for three Academy Awards, including Best Screenplay (by Valentine Davies and Oscar Brodney) and Best Score (by Henry Mancini and Joseph Gershenson). The film won the Oscar for Best Sound Recording, by Leslie I. Carey. Jimmy Stewart was definitely no rival to Bing Crosby or Fred Astaire in the musical genre, but it is interesting to look at the musicals the non-musical Stewart made during his career. His acting ability as America's "every man" is what made him one of the biggest stars of classic Hollywood. Again, it was definitely his acting ability and not his musical talent or lack of...
Posted by David Lobosco at 3:33 AM