THE DRAMATIC SIDE OF JACKIE GLEASON 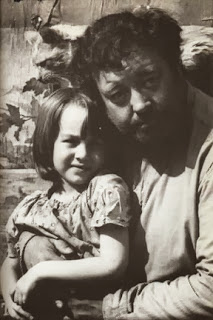 Most comedians eventually yearn and try to make the transition to dramatic films. Some do it with success like Bill Murray, but others only have moderate success in dramatic movies. Jackie Gleason only had moderate success as a dramatic actor, but I personally believe he had the talent to become a fine actor. Gleason's acting was not restricted to comedic roles.

He had also earned acclaim for live television drama performances in The Laugh Maker (1953) on CBS's Studio One and William Saroyan's The Time of Your Life (1958), which appeared as an episode of Playhouse 90 (a television anthology series).

He was nominated for a Best Supporting Actor award for his portrayal of Minnesota Fats in The Hustler (1961). (In his 1985 appearance on The Tonight Show, Gleason told Johnny Carson that he had played pool frequently since childhood, utilizing those experiences in The Hustler.) Gleason followed that up with a well-received role as a beleaguered boxing manager in the movie version of Rod Serling's Requiem for a Heavyweight (1962). Gleason also played a world-weary army sergeant in Soldier in the Rain (1963), in which he received top billing over Steve McQueen.

He wrote, produced and starred in Gigot (1962), a box-office flop in which he plays a poor, mute janitor who befriends and rescues a prostitute and her small daughter. The film's script formed the basis for the television film The Wool Cap (2004), starring William H. Macy in the role of the mute janitor; the television film received modestly good reviews.

During the 1980s, Gleason earned positive reviews playing opposite Laurence Olivier in the HBO dramatic two-man special, Mr. Halpern and Mr. Johnson (1983). He also gave a memorable performance as wealthy businessman U.S. Bates in the comedy The Toy (1982) opposite Richard Pryor. Although the movie itself was critically panned, Gleason and Pryor's performances were praised.

Gleason delivered one more critically acclaimed performance as an infirm, acerbic and somewhat Archie Bunker-like character in the Tom Hanks comedy-drama Nothing in Common (1986). The film proved to be Gleason's final film role, since he was suffering from colon cancer, liver cancer, and thrombosed hemorrhoids during production. “I won’t be around much longer”, he told his daughter at dinner one evening after a day of filming. Gleason kept his medical problems private, although there were rumors that he was seriously ill. A year later, on June 24, 1987, Gleason died at his Florida home. Gleason was no Sir Laurence Olivier, but he was a genius in every genre he tackled...

Posted by David Lobosco at 6:23 PM