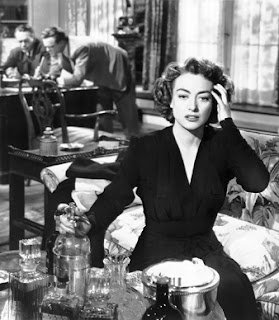 To the average movie watcher today, Joan Crawford is simply the subject of a campy movie about an abusive mother. To see the real Crawford acting is much different that seeing the Faye Dunaway version of Joan Crawford. Crawford was an excellent actress who is often overlooked by Hollywood. The years have not been kind to her memory. A good example of great Joan Crawford acting is the movie Possessed.

Possessed is a 1947 Warner Bros. film starring Joan Crawford, Van Heflin, and Raymond Massey in a tale about an unstable woman's obsession with her ex-lover. The screenplay by Ranald MacDougall and Silvia Richards was based upon a story by Rita Weiman. The film was directed by Curtis Bernhardt and produced by Jerry Wald. Joan Crawford was nominated of an Oscar for her superb acting in the film.

Louise Howell (Crawford) is an emotionally unstable woman working as a nurse to the invalid wife of Dean Graham (played by Raymond Massey) in the Graham home. Louise is in love with neighbor David Sutton (played by the underrated Van Heflin), an engineer, who loathes her smothering obsession with him; he ends the relationship and leaves the area to Louise's great hurt. Shortly after, Graham's wife drowns. Louise remains in the home to care for the two Graham children: young Wynn and college-age Carol. 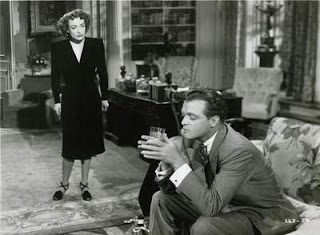 Time passes and David re-enters the scene, having taken an engineering job with Graham. He is surprised to find Louise with the family. Louise — still obsessed with David — makes a pass and is rebuffed. Moments later, Graham proposes to Louise and she accepts to salvage her pride.

Carol takes a fancy to David, much to the consternation of Louise, who tries to dissuade Carol from establishing a relationship with him. Louise's mind begins to decline with her obsession over David; she hears voices, has hallucinations, and believes her husband's first wife is still alive.

When David and Carol consider marriage, Louise tries to end their relationship. Graham is concerned about Louise's mental state and tries to persuade her to see a doctor. Believing her husband, David, and Carol are all against her and trying to put her away, Louise bursts into David's apartment and kills him in a schizophrenic episode. 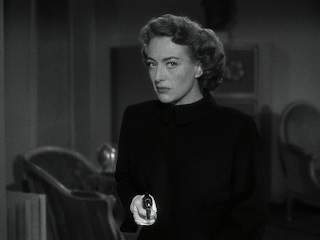 The psychiatrist to whom Louise has recounted her story pronounces her insane and not responsible for her actions. He laments that he had not seen her sooner, as he is sure that if he had, the tragedy could have been avoided. He tells Graham that he intends to help Louise back to sanity, though the process will be long and arduous, with much pain and suffering in store for her. Graham pledges his full support and vows that he always be there for her, no matter how difficult it becomes.

Crawford spent time visiting mental wards and talking to psychiatrists to prepare for her role, and said the part was the most difficult but most rewarding she ever played.

During production director Curtis Bernhardt accidentally kept referring to Crawford as "Bette" as he had just finished filming A Stolen Life with Bette Davis. Crawford tried unsuccessfully to convince Warner Bros. to change the film's title to The Secret since she had already starred in a film by the same name earlier in her career. Even though Joan Crawford is not my favorite actress, this movie showed she had range and was not just some tabloid Mommie Dearest... 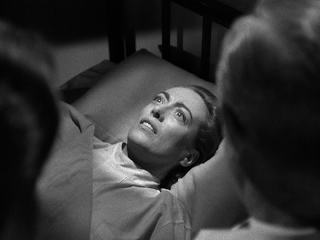