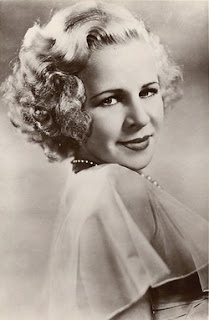 In the 1930s, many actresses competed to get their big break in show business. Sound made the movies more popular than they ever had been before, and they were an escape for depression weary audiences. One actress that seemed to be poised for stardom was a cute little import by the name of Lyda Roberti. Unfortunately, her stardom was short lived.

Born in Warsaw, Poland, Roberti was the daughter of a clown and as a child performed in the circus as a trapeze artist, and as a vaudeville singer. As the family toured Europe and Asia, Roberti's mother left her husband, settling in Shanghai, China where the younger Roberti earned money singing. They moved to the United States in the late 1920s where Roberti began singing in nightclubs. She made her Broadway debut in You Said It in 1931, and with its success became an overnight sensation. She also appeared in the short-lived Gershwin musical Pardon My English in 1933.

She moved to Hollywood and during the 1930s played in a string of films. Her sexy but playful characterisations, along with the unusual accent she had acquired during her years in Europe and Asia, made her popular with audiences.

The movie I remember her most in was Sam Goldwyn's "The Kid From Spain" (1932). She played Eddie Cantor's leading lady who spends the whole movie chasing Cantor around. She held her own alongside the comic genius of Cantor, and I think the high point of her career was her duet with Cantor on the song "Look What You've Done". It is amazing to me she plays a Spanish/Mexican girl yet she was from Poland. 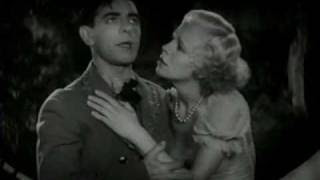 She starred in Edward F. Cline's movie Million Dollar Legs (1932) as "Mata Machree, The Woman No Man Can Resist", a Mata Hari-based spy character who is hired to undermine the President of Klopstokia (played by W. C. Fields) in his efforts to secure money for his destitute country. Her plan is to seduce the athletes that Klopstokia is sending to the Olympic Games, and thereby prevent them from medaling. Highlights of the film include Mata Machree's steamy rendition of "When I Get Hot in Klopstokia", and the dance she performs to inspire Fields's opponent in the weightlifting competition.

She found success as a comedian, and was also popular as a singer on radio. Unfortunately she made very few recordings. Her biggest hit record was the song "College Rhythm" which she recorded for Columbia/Brunswick in October of 1934. Roberti replaced Thelma Todd in a couple of films after the death of Todd, but her health was failing due to heart disease. She began to work less frequently although two days before her death she performed a radio show with Al Jolson. 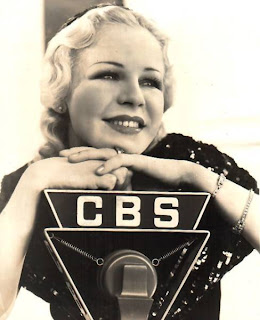 According to her friend and co-star Patsy Kelly, Roberti died suddenly on March 12, 1938 from a heart attack while bending to tie her shoelace on. She was survived by her husband, Bud Ernest, who was an actor and radio announcer. They had been married for only 2 and a half years and they had no children. She is interred in the Forest Lawn Memorial Park Cemetery in Glendale, California. Lyda Roberti is largely forgotten among all the other starlets that have come to Hollywood after her, but thankfully her few movie appearances live on...
Posted by David Lobosco at 4:45 AM