This latest obituary is not of some famous legendary actor or singer, but it is a local guy from Pittsburgh. Peter Valliant died a day after Christmas on December 26th at the age of 92. He was responsible for one of the happiest parts of my early adult life, and now married dad life. Pete opened, owned, and operated Valliant's Dinner in the North Hills section of Pittsburgh since 1968. His son Gerry had long taken over operations of the diner, but Pete was also seen there, greeting customers or slicing potatoes. Their diner on Babcock Boulevard in the North Hills is an institution. It's an institution I have been going to for nearly 20 years now.

He might not remembered my name, but Pete would always ask me when I came in on a Saturday nursing a hangover, "Do you have a girlfriend yet". He then would add to take my time to find the right woman.  My children did not get to fully know Pete, but they love Valliants almost as much as I do. They do not call it "Valliants Diner", but they call it "our diner". Pete and the family make you feel like you are part of their family. 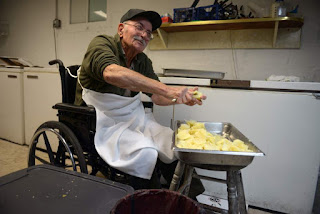 Pete was preceded in death by his loving wife, Helen (Kastanis); and is survived by daughter Harriet; son, Gerri (Paula Balouris); and granddaughters, Eleni, Maria (Haralambos) Papas, Alexandra, Anna (Andrew) Abboud; and great-grandson, Nikolas Papas. He is also survived by his sisters, Tasoula Lagousis and Mamoula Voutsinas of Kefalonia, Greece. He was born in the town of Farsa on the island of Kefalonia, Greece, where he worked on boats with his cousins and uncles from an early age. After extensive travel around the world as a captain in the Greek Merchant Marines, he emigrated to the United States in 1950.

He first settled in Pittsburgh as a bridge painter, and then as the owner of several restaurants, which he opened with his wife Helen, whom he married on June 27, 1954 at Holy Trinity Greek Orthodox Church, of which he was a lifelong member. Peter and Helen first opened a restaurant in the Strip District, and later built and opened Valliant's Dairy—now Valliant's Diner—50 years ago on December 13, 1968. Helen passed away in 1974. Even in his "retirement", Peter continued to work at the restaurant, connecting with customers, many of whom he had known for over 40 years. He was gifted with a quick joke or story of his travel adventures, and a remarkable ability to welcome and remember details of all those who passed through the Diner's doors.

Pete will be missed but his legacy will live on for generations... 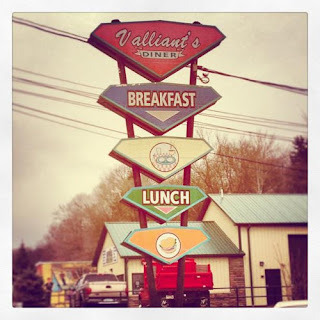