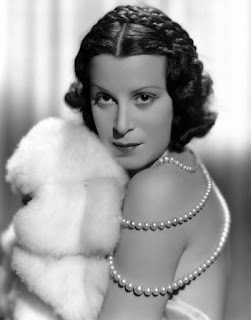 Kitty Carlisle was a fixture of New York social life. Until her death in 2007 at the age of 96, she was the definition of society queen. Other than that, Hart was mostly known as a panelist on games shows, namely To Tell The Truth from 1956 to 1976. However, many people don't know that Kitty started her career as a singer/actress in the 1930s, and she was pretty good at it.

Kitty's very ambitious mother, Hortense (Holzman), escorted Kitty to Europe in 1921 (when Kitty was 11) with the intentions of marrying her off, Grace Kelly-style, into European royalty. When that plan didn't pan out, they stayed in Europe where Kitty received her adult education in Switzerland, London, Paris and Rome. She finally zeroed in on her acting career after being accepted into London's Royal Academy of Dramatic Art, and also went on to train at the Theatre de l'Atelier in Paris. 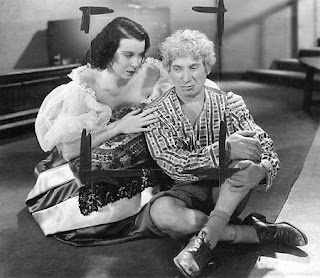 She and her mother eventually returned to New York in 1932 wherein she first apprenticed with the Bucks County Playhouse in New Hope, Pennsylvania. She attracted notice quite early in her career. Billed as Kitty Carlisle, she found radio work and made her first appearance on the musical stage in the title role of "Rio Rita." The legitimately-trained singer went on to appear in a number of operettas, including 1933's "Champagne Sec" (as Prince Orlofsky), as well as the musical comedies "White Horse Inn" (1936) and "Three Waltzes" (1937).


Her early ingénue movie career included warbling in the musical mystery Murder at the Vanities (1934), and alongside Allan Jones amidst the zany goings-on of the Marx Brothers in the classic farce A Night at the Opera (1935). She also played a love interest to Bing Crosby's in two of his lesser known musical outings Here Is My Heart (1934) and She Loves Me Not (1934). 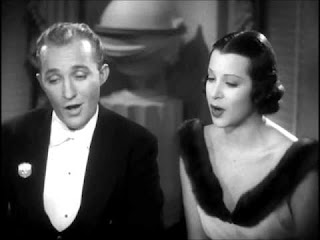 Films were not her strong suit, however, and she returned to her theatre roots. Appearing in her first dramatic productions "French Without Tears" and "The Night of January 16th" in 1938, she went on to grace a number of chic and stylish plays and musicals throughout the 40s, including "Walk with Music (1940), "The Merry Widow" (1943, "Design for Living (1943) and "There's Always Juliet" (1944). She subsequently performed in Benjamin Britten's 1948 American premiere of "The Rape of Lucretia." In 1946, she married Pulitzer Prize-winning playwright Moss Hart and appeared in a number of his works including his classic "The Man Who Came to Dinner" (1949) and the witty Broadway comedy "Anniversary Waltz" (1954). The couple had two children. He died in 1961 and she never remarried, spending much of her existing time keeping his name alive to future generations.

Carlisle resumed her film career later in life, appearing in Woody Allen's Radio Days (1987) and in Six Degrees of Separation (1993), as well as on stage in a revival of On Your Toes, replacing Dina Merrill. Her last movie appearance was in Catch Me If You Can (2002) in which she played herself in a dramatization of a 1970s To Tell the Truth episode. Kitty only made nine movies in her short Hollywood career, but do yourself a favor and check out her films especially A Night At The Opera and the movies she made with Bing Crosby. You will be left longing for more... 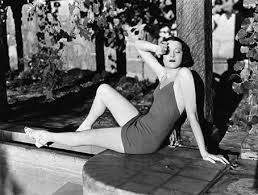 Posted by David Lobosco at 8:43 AM