WHERE ARE THEY NOW: KAROLYN GRIMES 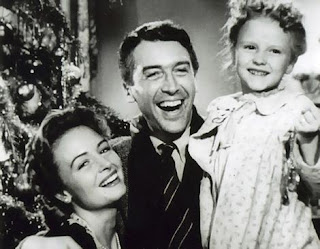 Who can forget Jimmy Stewart's daughter in IT'S A WONDERFUL LIFE(1946)?

Grimes was born in Hollywood, California. Her mother pushed her into acting, but her acting career declined with her mother's health. The latter died from illness when Grimes was 14, and she lost her father from a car crash a year later. A court ruling sent her from Hollywood to Osceola, Missouri, where she lived in what she called a "bad home" with her aunt and uncle. She went to college, married, raised kids, and became a medical technologist. 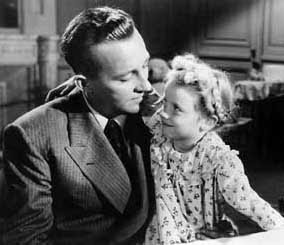 Years after her movie stardom, she gave local interviews in the 1980s and national interviews in the 1990s. Her first husband's death in a hunting accident, 18-year-old son's suicide in 1989, and second husband's death from cancer in 1994 made it difficult for Grimes to move on. After she suffered a serious financial setback during the early 2000s recession, she made a career of her advocacy for the film, whose hopeful and optimistic message she now says she can relate to.

Today, she tours big-screen showings of It's a Wonderful Life at dinner theatres worldwide, signing autographs, sharing tidbits, and pointing out small 'goofs'. One such mistake is that she, 6 years old at the time, faked the lyrics to "Auld Lang Syne" in the movie's famous closing scene. "If you watch closely, James Stewart is holding me tightly and he looks at me and begins to laugh because he knows I'm not singing the right words", she says... 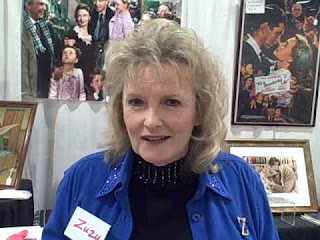 Posted by David Lobosco at 5:43 PM