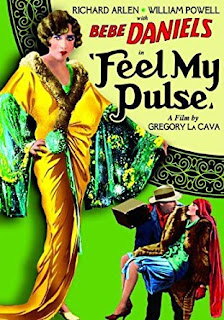 Our guest reviewer Bruce Kogan is back for his usual excellent review. This time around he reviews a silent film...

Feel My Pulse casts Bebe Daniels. as a rich girl who because of her parents' fear of germs has been raised like a hothouse geranium. Howard Hughes or television's Adrian Monk has nothing on her.

Because of some 'excitement; it's decided that Daniels needs a rest cure and the family has endowed a sanitarium located on an an offshore island. But the mental health field just ain't that lucrative and the one they put in charge of the place has turned it over to William Powell and a gang of rum runners. Remember this is the time of Prohibition.

One of Powell's gang is roughneck Richard Arlen and while Daniels may have led a sheltered life she sure knows what she likes in men. Though the two don't hit it off at first she comes around. 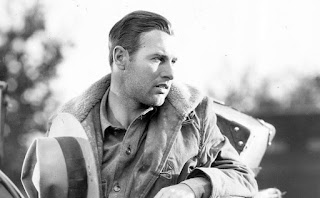 The film is directed by Gregory LaCava and he would go on to direct William Powell in one of his greatest films My Man Godfrey. When he decides to play along with Daniels and treat her like a patient in her own sanitarium notice his body language. It really does look like Godfrey Park in My Man Godfrey.

The climax is hysterical as Daniels shrugs off all the inhibitions her hot house upbringing has given her. Can't say any more, you have to see it.

Glad this silent film has not been lost... 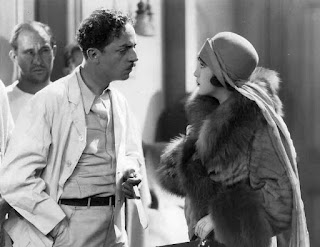 Posted by David Lobosco at 9:47 AM