THE MUSIC AND DANCE OF THE RAGTIME ERA 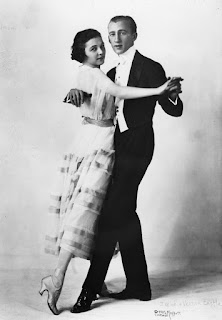 During the 19th century, most of America's music, dances and fashions were imported from Europe, as composers and dance masters emulated the latest styles from Paris and London. At the same time, African Americans were combining their native music with European forms, resulting in their spirituals and "Ethiopian Melodies" that were adopted by minstrel shows and American composers like Foster, Christy and Gottschalk. During the 1890s and early 1900s this unique African American music developed into a new sound – syncopated Ragtime music.

At the end of the 19th century, many Americans were becoming bored with the old music and dances, which were essentially those of their grandparents. The Twentieth Century was seen as a time to make great changes, so most people were ready for innovations, probably with the expectation that the changes would come from society's cultural leaders. But instead, many Americans began to find it "modern" to dance their Two-Step to the new Ragtime music from the rural South and Midwest. Some high society ballrooms embraced the African American Cake Walk as "the popular fad of popular society." In the early 1900s, Ragtime music gained a wider acceptance and was soon accompanying the new Four-Step (soon to be re-named the One-Step) and a spontaneous menagerie of "animal dances" such as the Grizzly Bear, Turkey Trot, Bunny Hug and Camel Walk, especially among the lower classes. By 1910, the popular phrase was, "Everybody's Doin' It Now," but in fact most of middle and upper class society was only talking about it. Many could not yet accept the new ragtime dances because of lower-class associations. 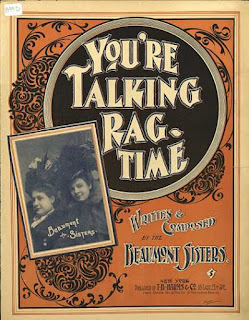 In 1911 the newlyweds Irene and Vernon Castle found themselves in the right place at the right time, exhibiting their versions of the new American dances in a Parisian dinner club. They became immensely popular in Paris, and their fame spread through Europe. When the Castles returned to Irene's New York home in 1912, their dancing set a new prototype for Americans to follow. The Castles were a young, elegant, attractive, wholesome, married couple who had become the rage of Parisian high society. In a word, they had class. If they could dance the new ragtime dances with propriety, then all levels of society could, and did. The Castles were joined by other exemplars, such as Joan Sawyer, Maurice Mouvet and Florence Walton, all becoming catalysts in an explosive new dance mania. And after two centuries of Americans dancing in the European manner, Europe was now importing the latest music and dances from America. 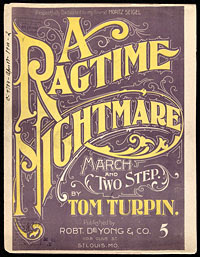 During the ragtime dance craze, the ballrooms were dominated by the One-Step, a dance where a couple merely walked one step to each beat of the music. Its immense popularity was due primarily to its simplicity, so that even novices could be modern. Those who were especially fond of the new dancing had a wide variety of other steps and styles to choose from. The Argentine Tango, which had been received with great acclaim in Paris, was renowned for its flirtations with sensuality, previously forbidden in public dancing. In contrast, the Hesitation Waltz was characterized by an elegant, almost balletic grace. The Maxixe was a swaying Brazilian two-step (polka) that was thought of as a Brazilian Tango. Vernon and Irene danced the One-Step in a unique style that became known as the Castle Walk. The Half-and Half was an unusual hesitation waltz in 5/4 time, accompanied by even more obscure experiments in 7/4 time. Lastly, the Fox-Trot, which combined slow and quick steps in a wide variety of patterns, was introduced in the last months before "The Great War."

World War I brought an end to the ragtime era dance craze in 1914-15. Dance floors thinned as men in Europe and then America left for war. Vernon Castle joined the Royal Flying Corps. But for a brief four years, the "modern dancing" craze redefined social dancing for the new 20th century, while also changing prototypes for personal relationships, both on and off the dance floor... 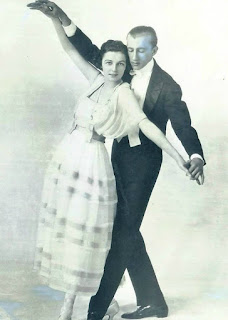 SOURCE
Posted by David Lobosco at 8:38 AM