BORN ON THIS DAY: YVONNE DECARLO 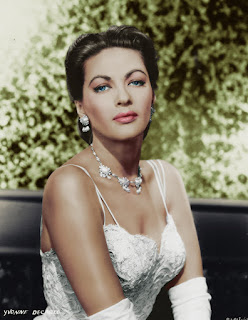 Today we celebrate the birthday of actress Yvonne DeCarlo. She is best remembered as the mother on on the television series The Munsters of the 1960s, but she was so much more than a star of than that  cheesy television show. De Carlo was born Margaret Yvonne Middleton on September 1, 1922, in West Point Grey (also known as Point Grey and now a part of Vancouver), British Columbia, Canada. She was the only child of William Middleton, a New Zealand salesman of English descent, and Marie De Carloa French-born "frustrated performer and dancer" of Italian and Scottish parentage.

She was generally known as "Peggy" because her mother named her after the silent film star Baby Peggy. Peggy was three years old when her father abandoned the family. According to De Carlo's firstborn son, she "only remembered crawling towards his [William's] feet and she never saw him again after he left." When De Carlo was ten (or three, according to a 1982 interview) her mother enrolled her in the June Roper School of the Dance in Vancouver. De Carlo attended Lord Roberts Elementary School, located a block away from her grandparents' home.

De Carlo and her mother made several trips to Los Angeles until 1940, when she was first runner-up to "Miss Venice Beach." She also came in fifth in a 1940s Miss California competition. She was hired by showman Nils Granlund as a dancer at the Florentine Gardens. She had been dancing for Granlund only a short time when she was arrested by immigration officials and deported to Canada. In January 1941, Granlund sent a telegram to immigration officials pledging his sponsorship of De Carlo in the U.S., and affirmed his offer of steady employment, both requirements to reenter the country. 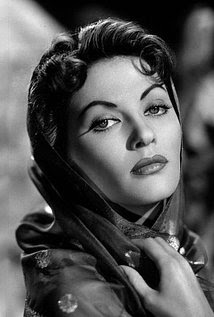 In May 1941, she appeared in a revue, Hollywood Revels. A critic from the Los Angeles Times reviewed it saying that the "dancing of Yvonne de Carlo is especially notable." She made her radio debut with Edmund Lowe and Victor McLaglen who were performing extracts from a series based on their Flagg-Quint performances. De Carlo wanted to act. At the encouragement of Artie Shaw, who offered to play her wage for a month, she quit the Florentine Gardens, landing a role as a bathing beauty in Harvard, Here I Come (1941) for $25 a day. Other roles were slow to follow, and De Carlo took a job in the chorus line of Earl Carroll.

She mostly struggled in cameo roles during the 1940s, and it wasn't until Universal signed her to a long term contract that she began to make better movies. She received further recognition as an actress when she starred in the British comedies Hotel Sahara (1951) and The Captain's Paradise (1953). Her film career reached its peak when eminent producer-director Cecil B. DeMille cast her as Moses' Midianite wife, Sephora, her most prominent role, in his biblical epic The Ten Commandments (1956), which was immensely successful at the box office. Happy birthday to the actress who is much more than Lily Munster... 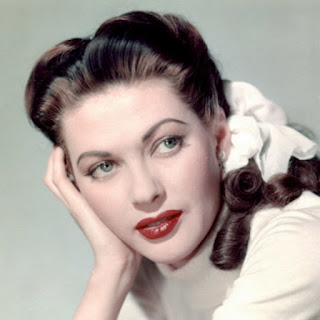 Posted by David Lobosco at 7:46 AM