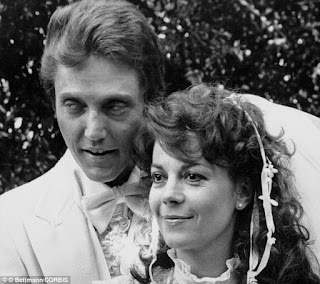 When news broke recently that Robert Wagner is officially a “person of interest” in the 1981 death of Natalie Wood, actor Christopher Walken — one of the last people to see Wood alive — didn’t make a statement. But don’t expect him to say much on the topic — ever.

Walken was one of the three people on Wood and Wagner’s boat, the Splendour, when she was found dead, floating in the water off California’s Catalina Island, on Nov. 29, 1981. The third person was Dennis Davern, the boat’s captain. While Wagner wrote about the tragedy in his 2009 memoir, Pieces of My Heart: A Life, and Davern has given interviews to the likes of Today and TMZ, Walken has rarely commented.

He gave a curt quote to People magazine about Wood’s death in 1986: “I don’t know what happened,” Walken said. “She slipped and fell in the water. I was in bed then. It was a terrible thing. Look, we’re in a conversation I won’t have. It’s a f***ing bore.” The magazine noted that Walken “snapped” his response and that his eyes were “icy.” 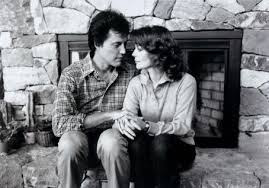 However, Walken opened up more in a 1997 interview with Playboy, theorizing how Wood ended up in the water.

“Anybody there saw the logistics — of the boat, the night, where we were, that it was raining — and would know exactly what happened,” Walken told the magazine (and recently referenced in the Hollywood Reporter). “You hear about things happening to people — they slip in the bathtub, fall down the stairs, step off the curb in London because they think that the cars come the other way — and they die. You feel you want to die making an effort at something; you don’t want to die in some unnecessary way.”

Walken had accompanied Wood, his co-star in the 1983 thriller Brainstorm, and her famous husband on their Thanksgiving weekend trip.

“What happened that night only she knows, because she was alone,” Walken said. “She had gone to bed before us, and her room was at the back. A dinghy was bouncing against the side of the boat, and I think she went out to move it. There was a ski ramp that was partially in the water. It was slippery — I had walked on it myself. She had told me she couldn’t swim; in fact, they had to cut a swimming scene from [Brainstorm]. She was probably half asleep, and she was wearing a coat.”

Walken suspected that Wood also might have hit her head before falling into the water.... 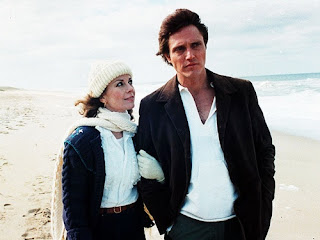 SOURCE
Posted by David Lobosco at 8:31 AM