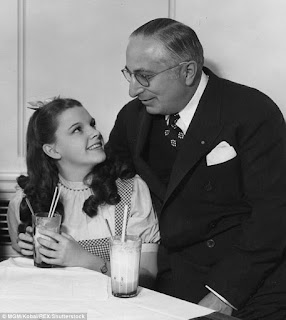 Nearly two decades ago, while researching a book about Judy Garland, biographer Gerald Clarke stumbled on an old gossip column noting that his subject was working on a memoir for Random House.

This piqued Clarke’s curiosity, he later told Entertainment Weekly. No memoir had ever appeared. Clarke sent his research assistant to Columbia University’s library, where the publisher stores its archives, to see if there were any letters about the project. There were 30.

“Oh, by the way,” the researcher said, “there’s also an autobiography.”

It was incomplete, just 68 pages. But Clarke was startled by what he discovered in those pages — that Garland, one of the world’s most famous actresses, was groped and harassed repeatedly by Louis B. Mayer, the famed producer and co-founder of Metro-Goldwyn-Mayer studios.

With the world fixated and disgusted by sexual harassment allegations by actresses and actors against and some of the biggest names in Hollywood — Harvey Weinstein, Kevin Spacey, Louis C.K., Dustin Hoffman — it is worth remembering that this intolerable behavior has been tolerated in showbiz as long as there have been bright lights.

The historical victims include Marilyn Monroe, Beverly Aadland, Joan Collins, and even Shirley Temple — all of whom described being molested and other abuses in their own memoirs.

“Everyone knows about the Hollywood casting couches,” Clarke said in an interview with ABC News, “but nobody thought that Judy had been subjected to any sexual pressure from the higher-ups at MGM.” 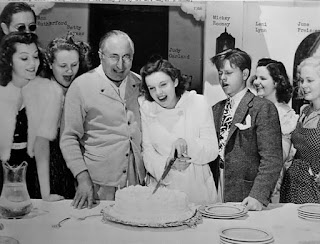 It started around the time Garland was playing Dorothy in “The Wizard of Oz.” She was 16.

“Having sex with the female help was regarded as a perk of power, and few women escaped the demands of Mayer and his underlings,” Clarke wrote in “Get Happy: The Life of Judy Garland,”painting a stomach-turning portrait of the abuse:

…Between the ages of sixteen and twenty, Judy herself was to be approached for sex — and approached again and again. “Don’t think they all didn’t try,” she said. Top on the list was Mayer himself. Whenever he complimented her on her voice — she sang from the heart, he said — Mayer would invariably place his hand on her left breast to show just where her heart was. “I often thought I was lucky,” observed Judy, “that I didn’t sing with another part of my anatomy.” That scenario, a compliment followed by a grope, was repeated many times until, grown up at last, Judy put a stop to it. “Mr. Mayer, don’t you ever, ever do that again,” she finally had the courage to say. “I just will not stand for it.”

If Mayer was the most persistent, he was not the most vile, Clarke writes:

Another executive — Judy did not identify him — summoned her to his office, as he had summoned so many other, more glamorous Metro stars. Eschewing any pretense of small talk, he demanded that she, too, have sex with him. “Yes or no, right now — that was his style,” Judy recalled. When she refused … he began screaming. “Listen you — before you go, I want to tell you something. I’ll ruin you and I can do it. I’ll break you if it’s the last thing I do.” 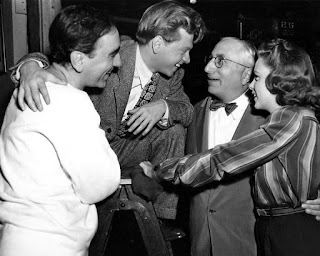 In addition to being threatened and harassed, Garland was hounded to lose weight and made to feel ugly. She abused drugs and alcohol and died in 1969 of an apparent accidental overdose of barbiturates. She was 47 years old.

There is an ironic and disturbing coda to Clarke’s discovery of the abuse Garland endured.

In 2009, about a decade after the biography was published, the Hollywood trade journals were abuzz after the book was optioned for a movie — that Garland would come alive again on-screen, played by Anne Hathaway.

“It’s a very sensitive project,” Hathaway told the BBC in 2010, “and there have been so many stories told about her life that we’re really trying to get it right.”

The movie has not yet made it into production, and it seems even more unlikely now.

The producer is Harvey Weinstein... 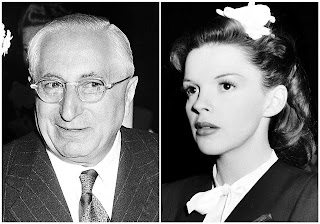 SOURCE
Posted by David Lobosco at 9:08 AM

Labels: Judy Garland, Louis B. Mayer, The Wizard Of Oz