OH NO - THEY ARE REMAKING LAURA! 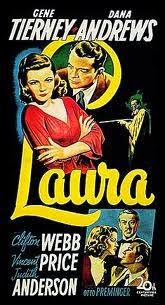 James Ellroy, the two-fisted author behind such crime novels as L.A. Confidential and Black Dahlia, is making a rare foray into film.

Fox 2000 has signed the author to write a remake of Laura, the classic 1944 film noir that was directed by Otto Preminger. Stewart Till is exec producing.

Laura was made during the Darryl F. Zanuck era of 20th Century Fox’s history. The Golden Age production had a troubled road to the screen as Zanuck took Preminger off directing duties, replaced him with Rouben Mamoulian, only to later put Preminger back on when the dailies were disastrous.
In the end, the film, which starred Gene Tierney, Dana Andwers, Clifton Webb and Vincent Price, received five Oscar nominations (including best director, best adapted screenplay and best supporting actor) and won one for cinematography.

Without giving too much away of the twists and turns, the adaptation of the book by Vera Caspary told of a detective who slowly falls in love and becomes obsessed with a well-heeled advertising exec over the course of investigating her murder.

Ellroy is one of Hollywood’s favorite authors, with several adaptations of several of his noir-draped books. L.A. Confidential was translated into the much-loved Oscar-winning Russell Crowe-Guy Pearce thriller. Dahlia was turned into a Brian De Palma-directed film that starred Josh Hartnett, Aaron Eckhart and Scarlett Johansson. And his White Jazz novel has been patiently in development with Joe Carnahan for many years. (The three novels are part of his hailed LA Quartet.)

Ellroy has in recent years turned to screenwriting and wrote Street Kings, which was directed by David Ayer (End of Watch), and Rampart, Oren Moverman’s 2011 police thriller that starred Woody Harrelson.

The author, who is repped by Intellectual Property Group and Sobel Weber Associates, is launching a new LA Quartet with his novel, Perfidia, out Sept. 16 in the U.S... 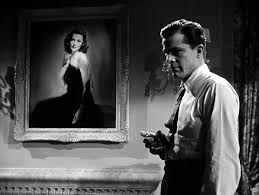 SOURCE
Posted by David Lobosco at 8:04 AM