MY GRANDFATHER WAS BUD ABBOTT 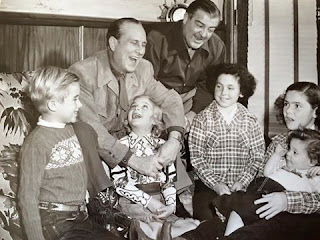 Most of you don't know me, but I'm Bud Abbott's first grandchild. My grandfather was retired when I was born, yet everyone still knew who he was.

When my mom (his daughter, Vickie) was in labor with me, my grandfather came to the hospital. He was having fun flirting with the nurses as everyone awaited my arrival. That was at a time when family was not allowed into the birthing room. My grandfather and dad had to wait in the waiting room and began celebrating by drinking Vodka out of styrofoam cups. When I finally entered the world, my grandfather handed out cigars. I'm named Jennie Mae after my grandmother, Bud's wife. And thus, is the start of my life as Bud Abbott's granddaughter.

I never looked at him as being famous. He was simply grandfather to me and my younger brother and sister. As I grew up, I remember spending time and staying over with my grandparents. With grandfather being retired, he was home and loved to kid around. His favorite was for me to try and kiss him on his cheek when he hadn't shaved. I also remember him having a favorite chair in the living room. Here he would sit and smoke his cigarettes that were attached to a long black cigarette holder. He had a table that went with the chair. It was here where he would autograph his pictures for fans. 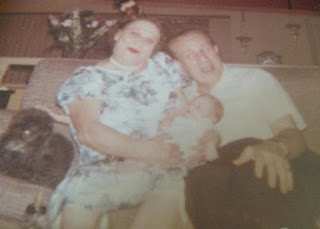 I was told who grandfather was. You could see his entire career in their home. In the living room was a beautiful piano along with antique furniture. The walls had individual paintings of grandfather, my grandmother, mom and my Uncle Bud. In one of the extra bedrooms, this was considered as one of my grandfather's wardrobe rooms where he kept all of his suits and wardrobe from his films. But, my favorite room was where they had the one-arm bandit slot machine! As kids we would always win a few quarters and grandfather thought the machine was rigged so that we'd win. I also recall the pool that had a blue dolphin painted on the bottom. He loved to go outside to sit and watch me swim.

My grandfather was also a quiet man, but could kid at a moment's notice. He was very much loved by his family, and is still missed today. As an adult, I followed in my grandfather's footsteps and into the entertainment business. I've had the pleasure of working at all the major studios, including their home studio, Universal, of which has a building named after Abbott and Costello.

Very few men could be a straight man. Bud Abbott was the best. Many in the industry looked up to him, including contemporaries such as Jerry Seinfeld. Al Roker from the "Today Show," a fan of the team, will break out in a routine when you least expect it. You'll see from time to time their routines incorporated into today's TV shows, and in films, such as "Rain Man" (1988). Even two alien pods in the 2016 film, "Arrival" were named "Abbott" and "Costello." 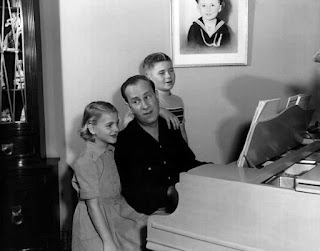 From radio, films and TV you can see how my grandfather's timing never failed. His timing was impeccable, and if he did break from the routine, it was due to both of them laughing.

My mom will one day pass the torch to the next generation --- me, my brother and sister. Our goal is to continually protect our grandfather's image and continue the Abbott and Costello legacy. Our goal is for the next generation and generations to follow to know and appreciate the comedic talents of Abbott and Costello. And not just for their comedy, but also for their humanitarian efforts in helping those in need, and the love they had for their fans and family.

My grandfather was a masterful straight man. But he was also a family man, and a man we continue to love and miss each day... 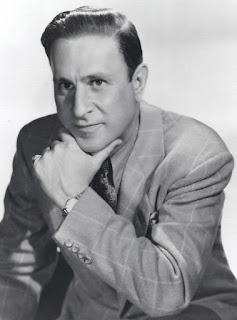 SOURCE
Posted by David Lobosco at 9:14 AM