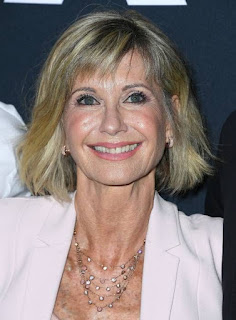 Olivia Newton-John has revealed she doesn’t want to know how long she has left to live after being diagnosed with cancer for a third time. The Grease star, who was diagnosed with stage four breast cancer in 2017, said she has no plans to find out her life expectancy in a new interview with 60 Minutes Australia.

Instead, the multi-talented star is focusing her attention on fundraising for research into the disease.

“When you’re given a cancer diagnosis or a scary illness diagnosis, you are suddenly given a possibility of a time limit,” she said.

“If you believe the statistics, you’re going to make them happen,” she continued. “If somebody tells you, ‘you have six months to live’, very possibly you will – because you believe that.”

The actor, 70, is in the process of selling some her movie memorabilia – including an outfit from the 1978 musical – a bid to raise money for research into the effects of cannabis as a cancer treatment.

Newton-John has previously spoken out about using cannabis to help her cope with pain she experiences as a result of her cancer.

The actor was first treated for breast cancer in 1992 and underwent a second round of treatment when the disease returned in 2015... 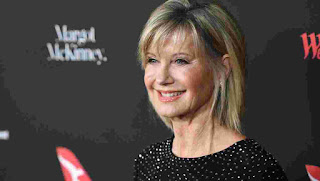 Posted by David Lobosco at 5:23 AM