WHERE ARE THEY NOW: THE CAST OF THE MUSIC MAN

One of my all-time favorite movie musicals was 1962's The Music Man. The musical originated on Broadway and became a huge movie hit. Everyone who is a fan of the movie know the cast such as Robert Preston, Shirley Jones, and a young Ron Howard, but I wanted to spotlight some of the supporting cast and where they are now. 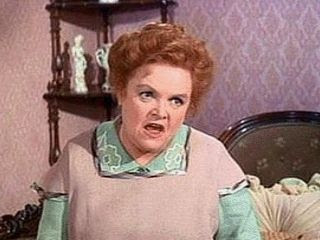 PERT KELTON (Mrs. Paroo) played the mother of Shirley Jones and Ron Howard. I always thought she was too old to be Ron Howard's mom. She originated her role on Broadway with Robert Preston. Her first movie was 1929's Sally. Kelton was the original Alice Kramden in The Honeymooners comedy sketches on the DuMont Television Network's Cavalcade of Stars. Due to being blacklisted in the 1950s, she did not have as successfule career as she could have. A resident of Washington Township, Bergen County, New Jersey, Kelton died of a heart attack on October 30, 1968, at age 61 while swimming at the YMCA in Ridgewood, New Jersey.

SUSAN LUCKEY (Zaneeta Shinn) played the daughter of the town's mayor (Paul Ford). Throughout the movie she was explaim "Eeeee gads!".  Luckey was best known for her roles in Carousel and The Music Man. She co-starred as the daughter of Billy Bigelow's character, played by Gordon MacRae, in Carousel. he 'iconic scene' of Susan Luckey and Timmy Everett kissing on the jungle gym may have taken place on-stage, but was not in the film version of The Music Man. Her last film was the 1966 small movie, Step Out of Your Mind. She left Hollywood and died of liver failure at the age of 74 on November 29, 2012.

TIMMY EVERETT (Tommy Djilas) played the town trouble maker who falls for the mayor's daughter. Timmy did not have much luck in Hollywood. His major role was The Music Man and an appearance on TV's "Ben Casey". He began performing at the age of 14, and was a popular Broadway actor by the late 1950s.  He became an actor teacher but was a heavy smoker and drinker. He died in a fleabag hotel he was renting in New York on March 4. 1977. He was only 39. 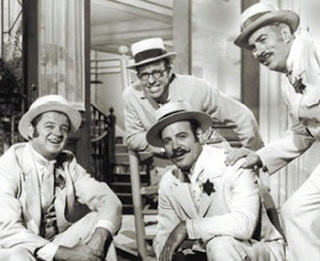 THE BUFFALO BILLS (nameless) appeared as members of the school board that try to investigate Robert Preston. In 1956, composer Meredith Willson was looking for a quartet to appear in his new musical "The Music Man". The Bills won the audition and were cast in the play, which was to open on Broadway. The only surviving member of the Buffalo Bills is Jim Jones, who lives in Orlando, Florida. Only Reed and Shea were with the Bills throughout their entire existence. Internal issues and some health problems caused the quartet to be disbanded. Shea died in 1968, Ward in 1988, Reed in 1992, Smith in 2007, and Grapes in 2015.