WHAT A CHARACTER: EDMOND O' BRIEN 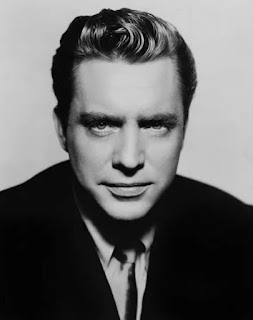 What I love about character actors is that even though they may not be top billed in a movie or have the most lines, they usually will steal the movie away from the star. One such character actor like this was Edmond O'Brien. O'Brien was born Eamon Joseph O'Brien in Brooklyn, New York, on Septmeber 10, 1915.


He put on magic shows for children in his neighborhood with coaching from a neighbor, Harry Houdini. He performed under the title, "Neirbo the Great" ("neirbo" being "O'Brien" spelled backwards). An aunt who taught high school English and speech took him to the theatre from an early age and he developed an interest in acting. O'Brien began acting in plays at school. After attending Fordham University for six months, he went to Neighborhood Playhouse School of the Theatre on a scholarship. He studied for two years under such teachers as Sanford Meisner; his classmates included Betty Garrett.

O'Brien's subsequent theatre work attracted the attention of Pandro Berman at RKO, who offered him a role as the romantic lead in The Hunchback of Notre Dame (1939). He returned to Broadway to play Mercutio opposite Laurence Olivier and Vivien Leigh in Romeo and Juliet. 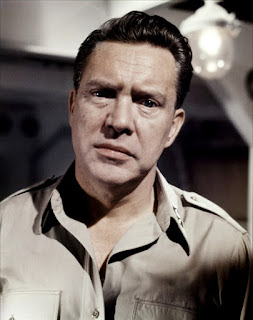 RKO offered O'Brien a long term contract. His roles included A Girl, a Guy, and a Gob (1941) and Parachute Battalion (1941). The latter starred Nancy Kelly who O'Brien would later marry, although the union lasted less than a year.

During World War II, O'Brien served in the U.S. Army Air Forces and appeared in the Air Forces' Broadway play Winged Victory by Moss Hart. He appeared alongside Red Buttons, Karl Malden, Kevin McCarthy, Gary Merrill, Barry Nelson, and Martin Ritt. When the play was filmed in 1944, O'Brien reprised his stage performance, co-starring with Judy Holliday. He toured in the production for two years, appearing alongside a young Mario Lanza.

In 1948, O'Brien signed a long-term contract with Warner Bros., who cast him in the screen version of Lillian Hellman's Another Part of the Forest. This starred Fredric March, who also appeared with O'Brien in An Act of Murder(1948). 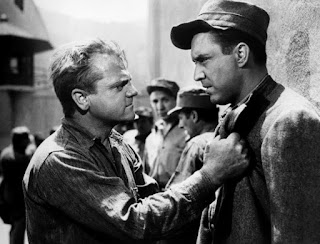 He was then cast as the undercover cop in White Heat (1949) opposite James Cagney. "He [Cagney] said he had only one rule," O'Brien noted. "He would tap his heart and he would say, "Play it from here, kid." He always did and I believe it's the best rule for any performer. He could play a scene 90 ways and never repeat himself. He did this to keep himself fresh. I try to do this whenever possible. O'Brien's role in this film was my personal favorite of his career, and it is one of my all-time favorite movies.

Following an appearance in Backfire (1950), his contract with Warner Bros. ended. Struggling with his weight and health problems, his career in movies suffered. He did more work in the 1950s on television. However, O'Brien hit the plateau of his moving actor when he won a Best Supporting Oscar for his role in 1955's The Barefoot Contessa. By the mid 1960s, his film career was winding down. Fantastic Voyage was his only movie in 1966, with two foreign flicks in 1967.

O'Brien seemed to have aged dramatically, looking much older than his 50-something years. He was still guest starring on episodic television, but made only one small, indie film over the next two years.

In 1972, he had a small role in They Only Kill Their Masters with James Garner. Orson Welles had cast him in a similarly minor role in his The Other Side of the Wind, which remained unfinished for decades. A few years ago, Peter Bogdanovich (who was an actor in the film) was trying to complete and release the film but the rights were split up between three competing parties. He did complete and edit the film but distribution is now being held up by the Iranian government, which owns the rights.

He made one more film, 99 and 44/100% Dead, a low-budget gobbler. Now on DVD, most critics originally hated the film but today there are a few fans. One of the latter calls it "mind-bending psychedelic neo-noir" and "pop art gangster satire." TV Guide describes it as "a perplexing mix of styles (that) clash and sputter." Variety is more vehement. "(It) starts like a house on fire, with directorial style to burn, but self-incinerates within the first half hour . . . a sophomoric and repulsive screenplay." O'Brien's role is described as "an elderly mobster" who hires hit man Richard Harris to eliminate his rival. Characterizing O'Brien as elderly at 59 inadvertently revealed the ravages of his illnesses.

By this time, the Alzheimer's disease which ultimately claimed him was becoming much more apparent. Little is known about his life during these years, but his children in later interviews says that the disease ravaged O'Brien quickly. Then, the Motion Picture Country Home in Woodland Hills did not accept patients with any kind of mental disease, so O'Brien lived out his final years in a rest home in Santa Monica. He died on May 9, 1985 at 69 and is buried in Culver City, CA. It was a sad end to a versatile and gifted character actor... 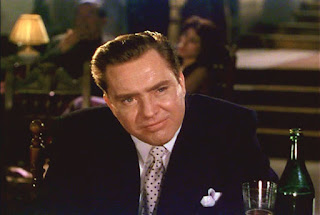 Posted by David Lobosco at 7:04 AM