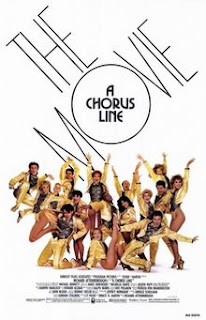 As many of you know, I was raised on liking musicals. My Grandfather instilled in me a love of the song and dance movies of the 1940s and 1950s. I go through phases when I am more into musicals than at other times. I have Pandora streaming on my phone, and I have a musical station where I have been discovering some of the more modern musicals that I never really got into. I recently discovered the music of A Chorus Line. It is really out of this world. I have never seen a performance of the show, but I recently picked up a copy of the 1985 movie version. To say that this did not transfer to the screen would be an understatement!

In this poor cinematic retelling of the Broadway classic, dancers auditioning for a famous choreographer (Michael Douglas) show off their skills. But for the finalists, the dance steps quickly give way to more personal, and affecting, confessions about life: wayward fathers; embarrassing moments; and the hardship of constantly hustling for chorus jobs, among others. In the group is Sheila (Vicki Frederick), a thirtysomething dancer who proves she’s not past her prime; Diana (Yamil Borges), who sings of an acting teacher who made her feel nothing; and Cassie (Alyson Reed), a stage actress who sought Hollywood fame, only to return and start over. 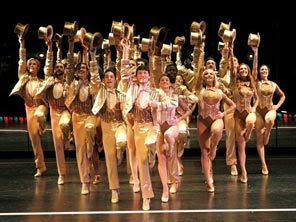 Let’s start with the complaints: Though the Broadway version does somewhat hint at its age, this one outright screams it -- the lighting, the leg warmers, the cheesy keyboard and guitar riffs. And it’s not exactly faithful to the original, with flashbacks to bone up one romantic storyline, though it’s close. As for the actors, though they do a fine enough job, especially with the dancing. But one gets the feeling that, with few exceptions, they’d be understudies if they were onstage. There’s little electricity, no momentum. And the show’s signature song, “What I Did for Love” is sadly misused.

Nevertheless, one can’t argue with the brilliance of the show itself, whose basic essence is intact (though some songs, sadly, haven’t been transferred to the screen). The stories of triumphs and failures, of lives perpetually on the brink between stardom and chorus-line anonymity have survived, and, with some major caveats, so has this movie. 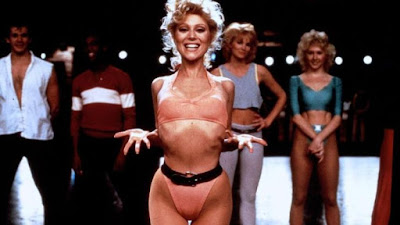 Michael Douglas looked bored in his role and had little enthusiasm. Seriously, Audrey Landers in a movie musical? For those that don't remember Audrey Landers - she was not know for being a Cyd Charisse! The film looks drab, the musical number uninspired, and now I understand why audiences stayed away from the movie. The film surprisingly cost $25 million to make and only made about $14 million in its initial run. I'm surprised that it made that much! Check out A Chorus Line if you are dare, and let me know if you agree with me. This is one of the worst musicals ever made! It makes Lucille Ball's Mame look like Singin In The Rain... 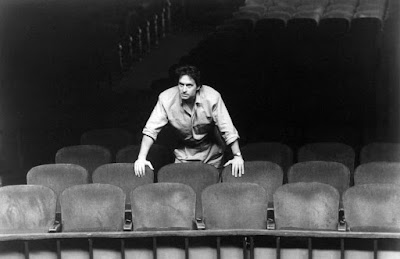 Posted by David Lobosco at 9:26 AM