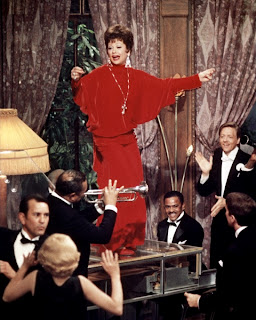 When Broadway shows are adapted to film a lot of consideration takes place. Even though they are just transferring an existing production to the screen, countless things need to be reworked. For every Broadway hit that becomes a movie smash, there are countless other movies that just don't seem to work. One such movie was the ill fated Mame in 1974.

Mame was based on the 1966 Broadway musical of the same name, directed by Gene Saks, written by Paul Zindel, and starring Lucille Ball and Beatrice Arthur. Warner Bros. heads were concerned that Angela Lansbury, who had originated the title role on Broadway, had not yet captured the attention of the general public since she was mainly a Broadway star at this point (although she had starred in Disney's live-action/animated musical Bedknobs and Broomsticks in 1971). Her popular television series Murder, She Wrote, which would make Angela Lansbury a household name, would not debut for another ten years.

The film focuses on eccentric Mame Dennis, whose madcap life is disrupted when her deceased brother's son Patrick is entrusted to her care. Rather than bow to convention, Mame introduces the boy to her free-wheeling lifestyle, which includes his nanny Agnes Gooch and Mame's husband Beauregard Jackson Pickett Burnside, a Southern aristocrat with a Georgia plantation called Peckerwood.

Filming, scheduled to begin in early 1972, was postponed when Lucille Ball broke her leg in a skiing accident. Owing to the delay, original director George Cukor was forced to withdraw from the project. The assignment went to Gene Saks, who had helmed the Broadway production, and his influence resulted in his then-wife Beatrice Arthur reprising the role of Vera Charles she had created on stage, a role that had been actively sought by Bette Davis.

Production began in January 1973. Ball, who had casting approval, was dissatisfied with Madeline Kahn's interpretation of Gooch and had her replaced by Jane Connell, another member of the original Broadway cast. Cinematographer Philip H. Lathrop made a valiant effort to draw attention from Ball's age by filming her with special lens filters, but the contrast between her soft-focus close-ups and the clarity of everyone and everything else was noticeable and jarring. Furthermore, despite extensive rehearsal sessions with Jerry Herman, who had composed the score, there was nothing that could be done to disguise her lack of singing ability. Herman held a grudge over Lucille Ball being cast in the main role. Not only could Ball not sing, but Herman had written the role especially for his friend Angela Lansbury. 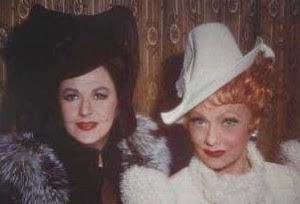 It was originally planned to have Lucille Ball's singing voice dubbed if her vocals were not good enough to use in the film. Alternate vocals were rumored to have been recorded by Lisa Kirk, but at any rate Ball intervened and her vocals (a point of contention for many critics) were ultimately used. While, Ball's voice was adequate during many of the musical numbers like her superb duet with Bea Arthur on "Bosom Buddies", Lucille Ball just did not have the voice to pull off a musical. Earlier in her career Ball starred in a musical DuBarry Was A Lady, and her vocals were dubbed in - so how could Lucy be expected to sing some thirty years later!

Jerry Herman disliked this film so much (and was also unhappy with the film of his prior musical Hello, Dolly!) that no film of his musicals can be made again without his direct involvement and approval. Bea Arthur has confessed that she had reservations about making this film, but agreed to do so in order to work with her husband, director Gene Saks. In a 2008 interview, she called the film "a disaster." Even the star of this opus, Lucille Ball later regretted the movie. She would later say that "making the movie was about as much fun as watching your house burn down." Mame would be Lucille Ball's last theatricial movie.

Some parts of the movie do work. There was a definite chemistry between Lucille Ball and the actor Kirby Furlong, who portrayed her nephew in the film. That chemistry made the movie both touching and heart warming at times. Despite the lack of Lucille Ball's musical ability, she was surrounded by great musical stars like Bea Arthur and Robert Preston. That alone makes Mame worth seeing. 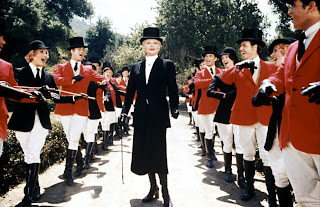 It is a movie that as a youth I saw on a lazy Sunday with nothing better to do. Lucille Ball does her best, and even Ball in a horrible movie is worth watching. Mame is not Lucy's proudest moment on screen, but some 100 years after her birth, it is still an example of Ball never being afraid to attack a project and give it her all...

Posted by David Lobosco at 5:24 AM