WHAT A CHARACTER: NED SPARKS 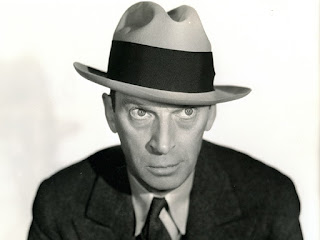 One of the giants of the deadpan approach to character acting was the marvelous Ned Sparks. Only film buffs would remember his name now, but he was great in every film he did. Ned was born Edward Arthur Sparkman on November 19, 1883. Born in Guelph, Ontario, Sparks left home at age 16 and attempted to work as a gold prospector on the Klondike Gold Rush. After running out of money, he won a spot as a singer on a traveling musical company's tour. At age 19, he returned to Canada and briefly attended a Toronto seminary. After leaving the seminary, he worked for the railroad and worked in theater in Toronto. In 1907, he left Toronto for New York City to try his hand in the Broadway theatre, where he appeared in his first show in 1912.

While working on Broadway, Sparks developed his trademark deadpan expression while portraying the role of a desk clerk in the play Little Miss Brown. His success on the stage soon caught the attention of MGM's Louis B. Mayer who signed Sparks to a six picture deal. Sparks began appearing in numerous silent films before finally making his "talkie" debut in the 1928 film The Big Noise. He secretly married Mercedes Caballero, sister of Charles Caballero, head of Fox’s Purchasing Department, on Oct. 10, 1930, keeping quiet for months about it. They seldom appeared in public, but Sparks was never a social butterfly away from work anyway.

The marriage soured by 1933, with Mercedes suing for cash, claiming that he was making $6,000 a month. Sparks countersued, claiming Mercedes’ dog bit him and friends, and the dog chased him out of bed. He claimed she thought more of the dog than him. In early December, Sparks was ordered to pay her $200 a month.

In May 1934, Sparks was granted a “mutual consent” divorce in Juarez, Mexico, with the papers signed three months earlier. Mercedes turned around and sued him in September for a real divorce, and this time went for the jugular. She claimed he wouldn’t let her announce their marriage for six months, so people thought they were living in sin, as well as threatening to abandon her.

Almost a year later, Mercedes filed a civil suit for more money, wanting half of the $150,000 she claimed Sparks had earned. The suit stated Sparks had committed fraud by not reporting his true earnings as well as threatening her and promising to testify she used drugs. Her motion was denied in 1936. It would be his only marriage. 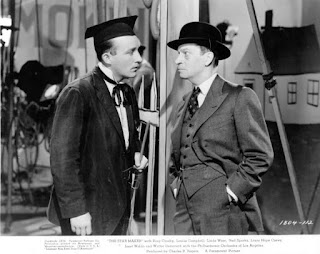 Some of his most notable films during the 1930s include Gold Diggers of 1933 (1933), the role of the caterpillar in Alice in Wonderland (1933), and the role of the director alongside Bing Crosby, Stuart Erwin and Marion Davies in Going Hollywood (1933) for MGM. When Fatty Arbuckle was trying to resurrect his career by being a director after his trials, Ned Sparks was the first to volunteer to work for Arbuckle actually making several silent comedies for Arbuckle's company.


In the 1930s, Sparks became known for portraying dour-faced, sarcastic, cigar-chomping characters. He became so associated with the type that, in 1936, The New York Times reported that Sparks had his face insured for USD $100,000 with Lloyd's of London. The market agreed to pay the sum to any photographer who could capture Sparks smiling (Sparks later admitted that the story was a publicity stunt and he was only insured for $10,000). Sparks was also caricatured in cartoons including the Jack-in-the-Box character in the Disney short Broken Toys (1935), and the jester in Mother Goose Goes Hollywood (1938), a hermit crab in both Tex Avery's Fresh Fish (1939) and Bob Clampett's Goofy Groceries (1941), a chicken in Bob Clampett's Slap Happy Pappy (1940), Friz Freleng's Warner Bros. cartoon Malibu Beach Party (1940), and Tex Avery's Hollywood Steps Out (1940). Sparks also voiced the cartoon characters Heckle and Jeckle from 1947 to 1951.

Sparks appeared in ten stage productions on Broadway and over 80 films. His last disagreeable Hollywood role would be alongside James Stewart in Magic Town (1947). He retired from films in 1947, saying that everyone should retire at 65. On April 3, 1957, Sparks died of an intestinal blockage in Victorville, California. Ned always looked crabby and angry in his movies, but he brought countless moviegoers laughter through his many roles... 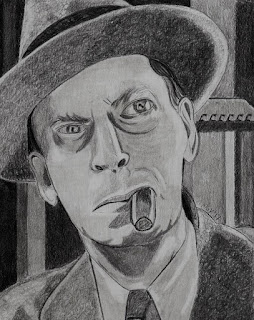 Posted by David Lobosco at 8:10 AM